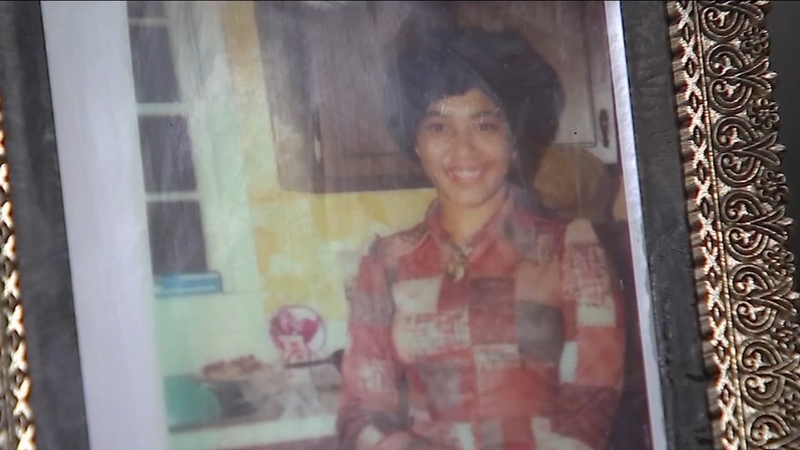 FAYETTEVILLE, N.C. (WTVD) -- A DNA breakthrough in a 40-year-old Fayetteville mother's cold case is leading the police department one step closer to bringing justice to a family.

On March 1, 1979, 25-year-old Brenda Covington was found in an area near the corner of Brinkley and Sewell street, bloodied with several stab wounds to her front and back.

Officers arrived on scene and found Covington was pulled into the nearby woods where she was sexually assaulted, beaten, and stabbed with a screw driver.

The severely injured mother was rushed to the hospital where she died over 20 hours later.

Before her death, Covington was able to tell authorities that her attacker was an African American man, driving a green or blue Volkswagen.

Her sister, Tasha Farmer, said the wounds from that life-changing day are still very fresh on her mind.

"It just seems like it was yesterday. And when I heard of the news, I was just like in shock," Farmer said with tears in her eyes.

Nearly 41 years later, come Sunday, detectives in charge of the investigation have are sending DNA to the state to get tested.

The department hopes this can be what cracks the code to this horrifying mystery.

FPD met with the family on Tuesday afternoon to debrief them on the next steps including: getting in contact with witnesses, persons of interest and other pieces of evidence.

Covington's only daughter, Tasha Farmer, was just a child when her mother was killed. She, along with the rest of the family, are ready for some long-awaited justice.

"They took a lot from me: they took my mom, they took a daughter, a sister, a grandmother. She has grandkids that she will never get to know her," Farmer said.

Sgt. Michael Bohannon said Covington willingly got into a man's vehicle, leading them to believe she knew the assailant.