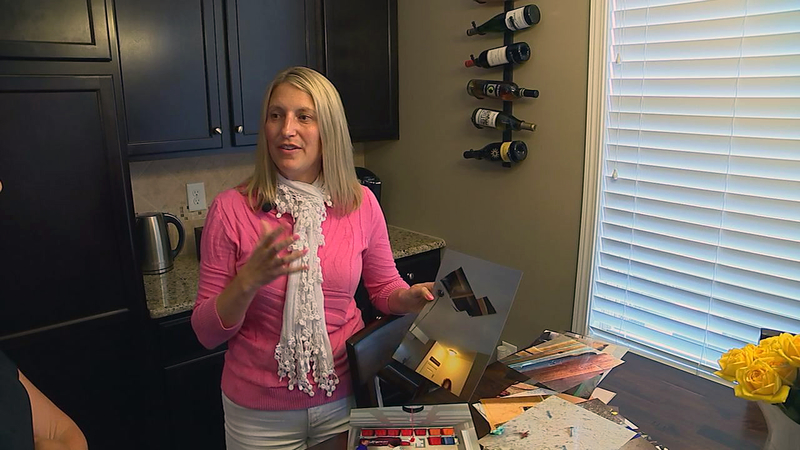 CARY, NC (WTVD) -- Jennifer Norman thought she could just move her furniture in and be set to go after purchasing a newly constructed townhome in Cary.

Instead she said, "It's been the most horrific experience of my entire life."

Norman purchased a brand new Lennar home in the Fryars Gate community in Cary. She said that shortly after moving in, there were problems.

"There were cracked windows, my hardwoods were all gouged up, and I mean gouged that they had to replace my whole hardwoods in the entire home," Norman said.

Norman did the right thing by documenting every problem, and she reported each issue to her builder. One of her biggest frustrations was trying to figure out why it was so cold in some of her rooms.

She went to the model home in her community and compared it to her home. She discovered that she was missing three vents in her home.

Her builder fixed that, along with the many other issues on her list.

But soon she discovered another problem. This one was on the outside of her home. Her siding was bubbling and started to look wavy. She noticed the same problem on the model home.

Another big issue for Norman -- there was no irrigation ever installed in her townhome community.

When she signed the contract on her home, she says she was handed a pamphlet that explained everything that was included in her new home purchase. One of the attractive features for her was a fully sodded yard with irrigation.

SEE THE PAMPHLET NORMAN WAS GIVEN (.pdf)

"I have paperwork stating I bought a home with a fully sodded yard with irrigation, and they told me they just decided to not put that in," Norman said.

Norman is not alone. New home complaints are a common problem I often hear about from new homeowners.

The homeowners say their builder is dragging their feet when it comes to repairs. The NC Attorney General's Office has received more than 250 complaints in the last three years against new home builders.

Construction expert Mark McGivern advises buyers to do their research before they buy or build.

"Be an informed and educated consumer, and whether you're buying a $200,000 house or a $2 million house, the rules apply as just good common sense," McGivern said.

He also suggests hiring an inspector or engineer to scour the home during construction or at least before closing, to find and fix any deficiencies. It's also important to look at the home warranty to see exactly what is covered and for how long.

"Knock on a couple of doors and say, 'I'm considering buying in your neighborhood. Can you tell what your experience is?' " McGivern advised. "That is probably one of the single best things that you as a homeowner can do. Your fellow consumer will tell you what the builder is like."

Norman got me involved and Lennar told me they address all requests directly with their homeowners with the goal of providing them with the best possible quality home.

Norman said it took some time, but crews did fix her list of issues. For those that they couldn't, she said she was compensated.

As for the irrigation system, her community finally has it, and Norman is happy that she kept fighting for what she says any new homeowner should expect.