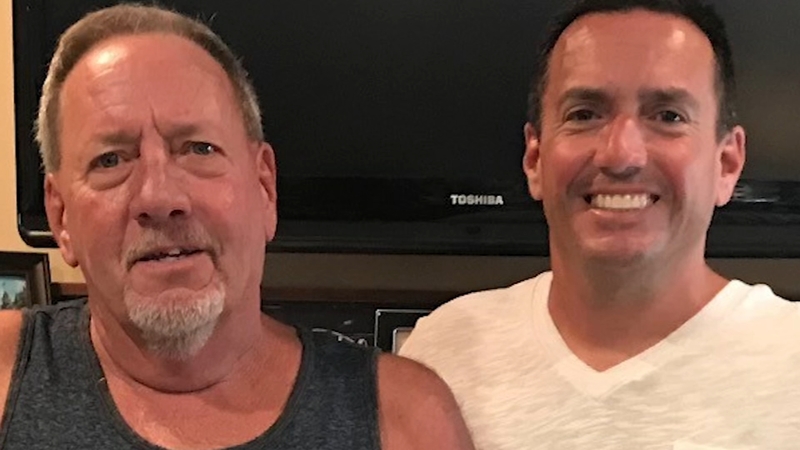 PENNSAUKEN, N.J. -- Christmas Eve was a chance for Jim Puglia, a Delran High School teacher and football coach, to celebrate the holiday for the first time in his life with the family he never knew he had, including his father.

"To be reconnected with my father for the first time in almost 45 years, it's crazy," Puglia said.

Puglia was raised as an only child by his maternal grandmother. He spent his entire life never knowing who his father was nor that he lived a town over in Pennsauken.

It wasn't until the birth of his first son that he and his wife decided to dig into the family's medical history.

And after an off-and-on 15-year search for his dad, the connection was made using Ancestry.com. Jack Wilhelm was his father.

"That conversation was very interesting. It's a little bit of disbelief at first because you don't know if it's true," Puglia said.

But a 99% DNA match, and the resemblance, was enough for Wilhelm.

"I missed 45 years of his life. I obviously would have loved to have been there for his journey, but like I told him, he was my best kid because he gave me no trouble growing up," Wilhelm said.