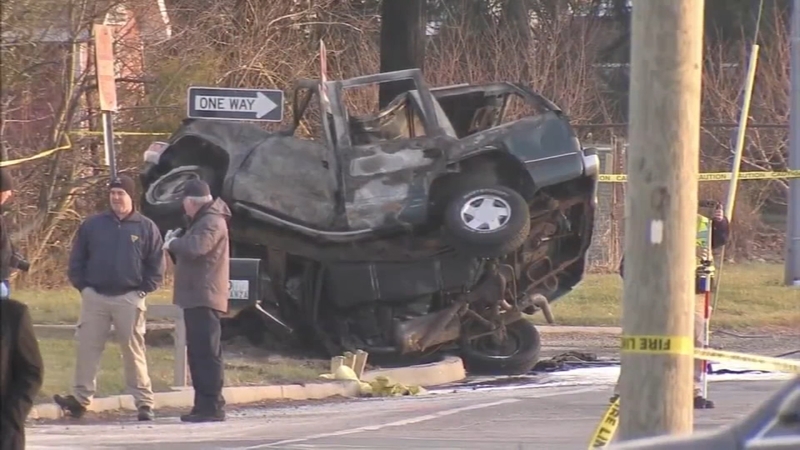 New Jersey State Police say identify those killed as two adult men and a pregnant teenager. Their names have not been released.

The crash happened around 12 p.m. Monday at Flyatt and Caranza roads in Tabernacle Township. It happened right in front of the Sequoia Alternative Program school, which was dismissed early due to the accident.
The view from Chopper 6 showed a GMC at rest with the cabin of the vehicle crushed against the utility pole.

It also appears the vehicle may have caught fire after the crash.

So far there's no word on whether all proper procedures were followed and New Jersey State Police say that they're holding further comment pending the outcome of the investigation.