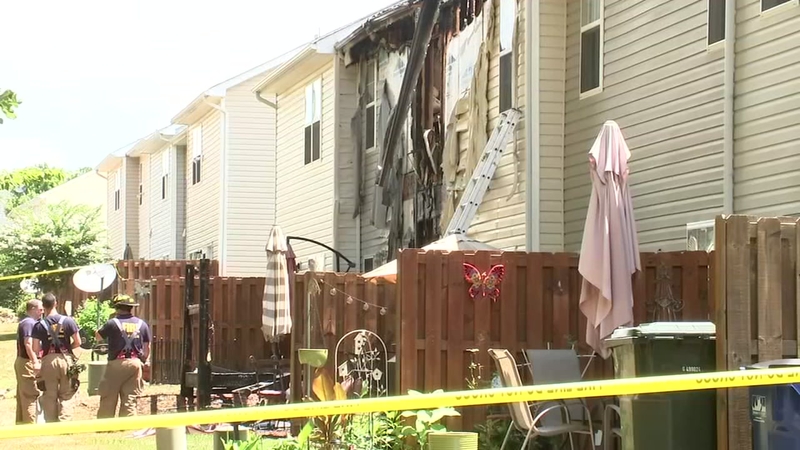 RALEIGH (WTVD) -- She spent Wednesday night grilling burgers with her family. But, just hours later, she lost her home to a fire.

That's what happened to a Wake County mother of three.

Grilling tips from firefighters:
1. Keep grills off wooden deck.
2. Keep heat sources away from vinyl siding.
3. If grill is on wooden deck, buy fire safe mat to catch any grease or flammable material that drops out of it.
4. Have a portable fire extinguisher nearby. #ABC11 pic.twitter.com/VYmzyNCj8Z

The flames broke out at a home on Settle In Lane in North Raleigh's Bedford Community.

It happened after a woman and her three children were grilling Wednesday evening for the Fourth of July holiday.

"We put everything out like normal," said Chenel Currence. "Went to bed. Woke up this morning. I went in the kitchen and made a protein shake. Went to work at 8 a.m. and then got a call at 9:30 a.m. that my house was on fire."

Firefighters said ash from the grill had spilled underneath the deck and eventually ignited.

Now her belongings are a pile of rubble.

Currence said she was renting the home and doesn't have insurance to cover her losses. She said she was in-between policies this month.

Forty-five firefighters responded to battle the flames. Two firefighters suffered heat exhaustion while battling the fire but are doing ok.