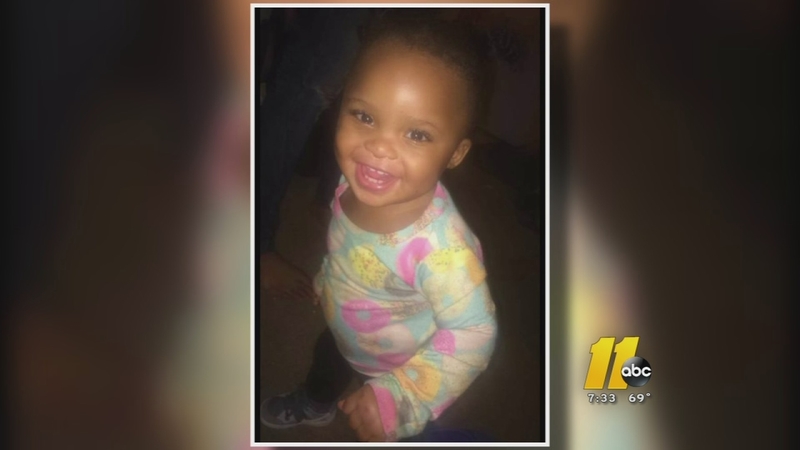 Child shot in Christmas drive by

CHAPEL HILL, N.C. (WTVD) -- A 1-year-old girl is at UNC's Children Hospital receiving care around the clock after she was injured during a shooting on Christmas Day.

Family friends said a bullet hit Maleah Williams in the head during a drive-by shooting.

"It's senseless, very senseless," she said. "Respect for the kids, nobody. And I just think who ever did this senseless crime needs to be caught."

It happened around 5:40 p.m. in the 700 block of Trinity Court. Officers said the shots were fired from a vehicle leaving the apartment complex.

Eyewitnesses say before the shooting, kids were outside playing with their new toys from Christmas. Parents were standing nearby, watching the children play. Eyewitnesses said when someone drove up and opened fire, kids started screaming, and parents were panicking.

One of the bullets pierced Maleah as she was being held in her mother's arms.

"The mama didn't even realize the girl was hit until she got around the corner and realized the little girl was bleeding from the head," said Craig.

Maleah, who is affectionately called "Peanut," has undergone two surgeries, according to friends of the family.

"I hope they catch the suspect and I hope that he gets a death sentence, and is treated just like Maleah. Maleah is suffering right now and I think they should suffer as well because she did not deserve any of this," said Craig.

No other kids were injured during the shooting.

Police are investigating and asking anyone with information about the incident to call 911 or Crime Stoppers at (919) 942-7515.