In Keystone snub, Obama tries to lockdown his climate legacy 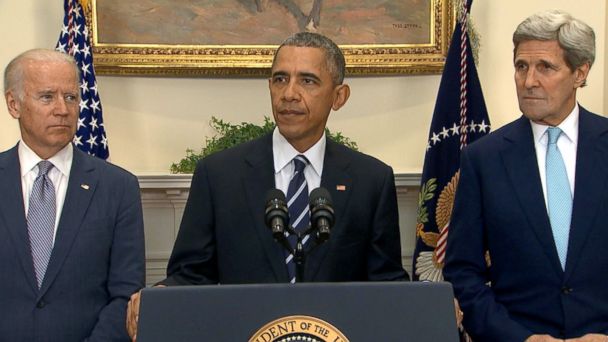 WASHINGTON -- For years, President Barack Obama chided Republicans and Democrats alike for treating the Keystone XL pipeline as a signal of whether the U.S. would seriously fight global warming. Now that he's killed the project, Obama is holding it up as Exhibit A as he works to lock in his environmental legacy with a powerful international climate accord.

Rejecting Keystone, the proposed 1,179-mile crude oil pipeline from Canada to the U.S., was the latest in a long and growing list of steps Obama has taken to try to show that the U.S. is leading the effort against global warming. Even while Republicans have fought Obama tooth-and-nail at home, he's sought to use those steps to pressure other countries into taking similar action - especially poorer, developing countries that for years have argued that climate change is not their problem.

At the center of Obama's efforts are landmark carbon dioxide emissions limits on U.S. power plants that have been cheered by environmentalists but derided by most energy advocates. Although the rules are proceeding for the time being, they face an uncertain future. Half of the states in the U.S. are suing to try to block them.

"There has been a steady drumbeat of steps the president has taken that are more impactful for climate change, factually, than Keystone," said White House communications director Jen Psaki. "Our view is that we need to continue to lead by example. Is that difficult? Yes, of course it is."

If the power plant rules falter, Obama would be hard-pressed to secure the 26 percent to 28 percent cut in U.S. emissions that he's pledged as America's commitment to the climate treaty. If the U.S. comes up short, analysts predict, other countries like China will start backing out.

Obama is counting on the climate treaty, to be finalized early next month in Paris, to vault him into a category of his own: the first president to treat climate change as a top-tier issue, and the first to secure the type of commitments from other countries needed to address the problem significantly.

To that end, Obama's many executive steps to reduce greenhouse gases have been designed in part to maximize his leverage when he negotiates overseas.

Aside from the power plant rules, Obama has ramped up fuel efficiency standards for cars and trucks, taking aim at one of the biggest sources of greenhouse gases. His administration has also moved to curb emissions from methane, hydrofluorocarbons and other pollutants while providing more federal dollars for renewable energy sources like wind, hydro and solar.

And in the run-up to Paris, Obama struck major climate deals with China, hoping that a commitment by the world's largest polluter to cut emissions would make it impossible for other developing nations like India and Brazil to beg off from making commitments of their own. China, which is still building coal plants to fuel growing power consumption, plans to max out its carbon emissions around 2030, if not sooner.

"To fight climate change effectively, we will need to make thousands of changes across our economy," Michael Brune, the head of the Sierra Club, said in an interview. "We have gone through a period of increased climate denial, but now we're in a place of dramatically increased acceptance of the need to act on climate."

World leaders have been working for years to hash out what they hope will be the most sweeping and powerful pact ever reached on global warming. Although the initial deal will include pledges by countries that extend through 2030, negotiators are wrangling over mechanisms to ensure countries revisit and ramp up their commitments for the rest of the century.

Yet while prospects for finishing a deal in Paris are high, already there are growing doubts about whether the pact will go far enough to avert the worst effects of climate change, and concerns about its durability. Facing bleak prospects for getting a Republican-controlled Congress to ratify a climate treaty, Obama is pursuing a deal that won't require formal congressional sign-off, a strategy that reflects the challenges many other world leaders face in securing domestic support for tough action on climate.

In rejecting TransCanada's application for Keystone, Obama set aside the litmus test he established in 2013 when he unveiled his second-term climate change agenda with plenty of pomp. Wiping sweat from his brow under the summer sun at Georgetown University, Obama said he'd block the pipeline if it would "significantly exacerbate the problem of carbon pollution."

It wouldn't, Obama's administration concluded, but he nixed it anyway. Casting forward to global climate talks, Obama suggested he'd have less credibility if he approved Keystone - not because it would hasten climate change, but because that's what people think. In documents, his administration cited the "broad perception" that Keystone would carry "dirty" oil.

"America is now a global leader when it comes to taking serious action to fight climate change," Obama said in the Roosevelt Room. "And frankly, approving this project would have undercut that global leadership."

Yet Obama's ambitious steps to curb U.S. emissions have been tempered by other moves aimed at bolstering U.S. energy production - to the dismay of environmentalists who believe the U.S. must move quicker to phase out fossil fuels entirely. In addition to loosening the U.S. ban on crude oil exports, Obama has opened up new areas to oil drilling and declined to ban the use of "fracking" to drill for natural gas. 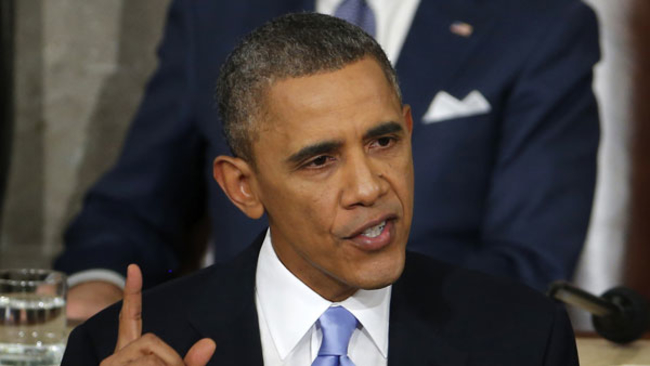