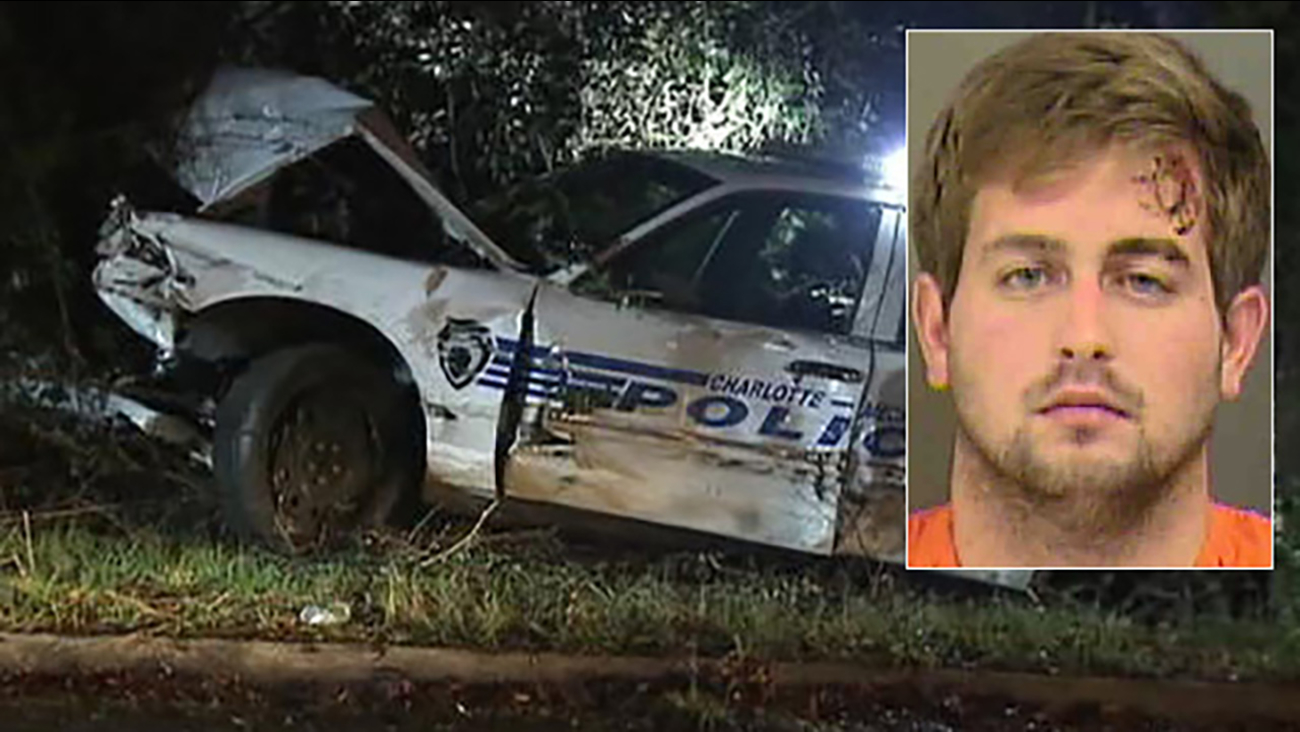 CHARLOTTE -- Police say a 22-year-old Gastonia man was drunk when he stole an off-duty officer's patrol car and crashed it in west Charlotte.

Local media outlets report that Kody Grayson is charged with larceny of a motor vehicle, driving while impaired, reckless driving, resisting an officer and hit and run.

Police say the officer was working off-duty at The White House nightclub when he responded to a call about a fight at Coyote Joe's nearby around 2 a.m. Friday. Police say that's when Grayson jumped into the unlocked car and drove away.

The car was found crashed in the woods. It was empty when officers arrived. Grayson was later found and arrested. He was treated for an injury sustained during the wreck.

It was unclear if Grayson has an attorney.
Related topics:
charlottedrunk driving
Copyright © 2021 by The Associated Press. All Rights Reserved.
More Videos
From CNN Newsource affiliates
TOP STORIES