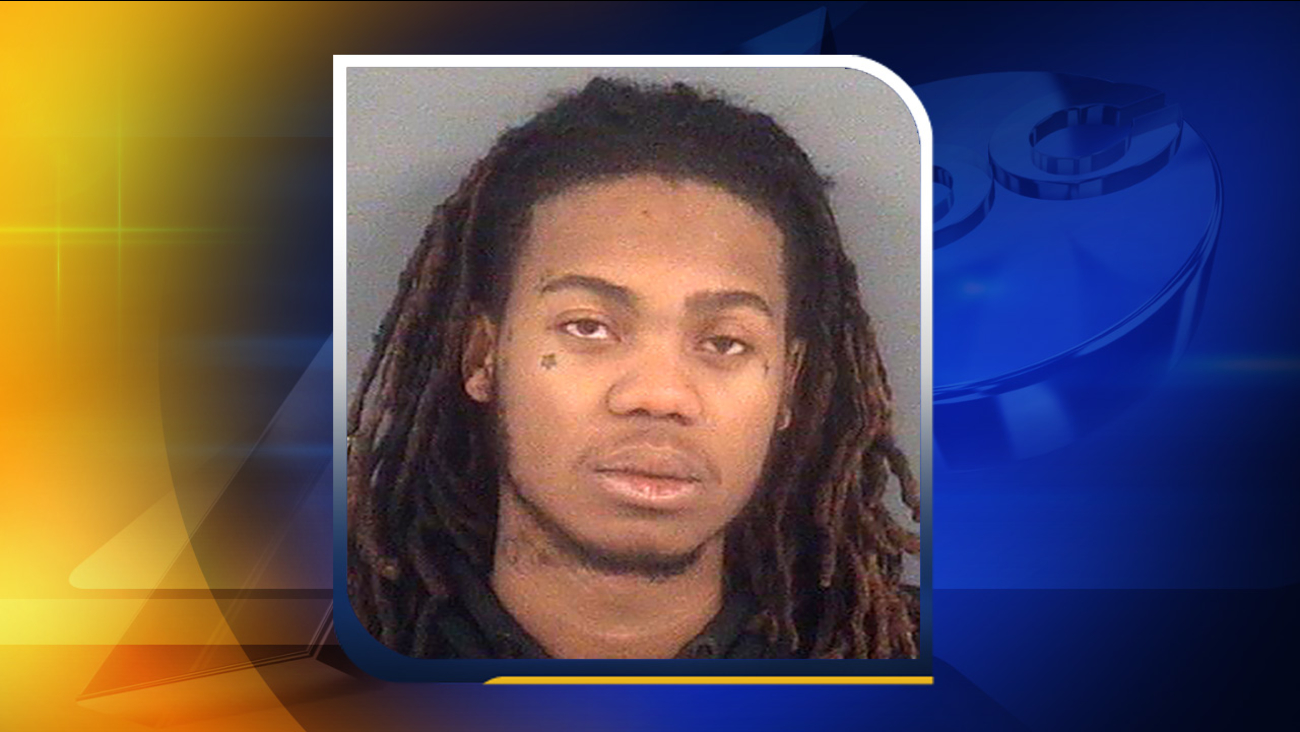 FAYETTEVILLE (WTVD) -- Catching a suspect in one attempted break-in may have led Fayetteville police to clearing two other crimes as well.

Police responded to a business alarm going off early Tuesday morning at the Family Dollar store at 1322 Clinton Road. When they searched the area, about 2:30 a.m., they saw a person who matched a witness description.

The suspect tried to run, but officers were able to detain him after a short foot chase.

Eric Fitzgerald Jones Jr., 22, of the 100 block of North Plymouth Street, was charged with possession of a firearm by a convicted felon, breaking and entering, larceny, possession of stolen goods, and identity theft.

Jones was also wanted in connection with two other crimes, a July 14 Kangaroo convenience store armed robbery on Raeford Road and an armed robbery less than two hours later at the Kangaroo on North Reilly Road.

Jones was taken to the Cumberland County Detention Center where he was processed and remains under a $432,000 secured bond.

Anyone with additional information concerning the break-in or the robberies is asked to contact the FPD Investigative Bureau at (910) 433-1856.

Information can also be submitted by calling Crimestoppers at (910) 483-TIPS (8477) or online and completing the anonymous online tip sheet or by text-a-tip on your mobile device by sending a message to 274637 (in the text box type "4Tip" followed by your message).
Related topics:
fayettevillebreak inarmed robbery
Copyright © 2021 WTVD-TV. All Rights Reserved.
TOP STORIES
2 dead in head-on crash on Jones Sausage Road near Garner
4 dead, 159 remain missing after Florida building collapse
Family of missing NC woman begs her husband to speak up
How much could you receive under the new child tax credit?
Derek Chauvin could face decadeslong sentence in George Floyd's murder
UNC students to protest Friday for Nikole Hannah-Jones
'Scary five seconds': Couple recounts bobcat attack
Show More
In Raleigh, Biden encourages vaccinations, warns about Delta variant
Expert weighs in on possible cause of Florida building collapse
LATEST: Flight Day returns to Dix Park
Pet Alert: As dogs roam the yards, snakes may be lurking
Older North Carolinians encourage everyone to get COVID-19 vaccine
More TOP STORIES News