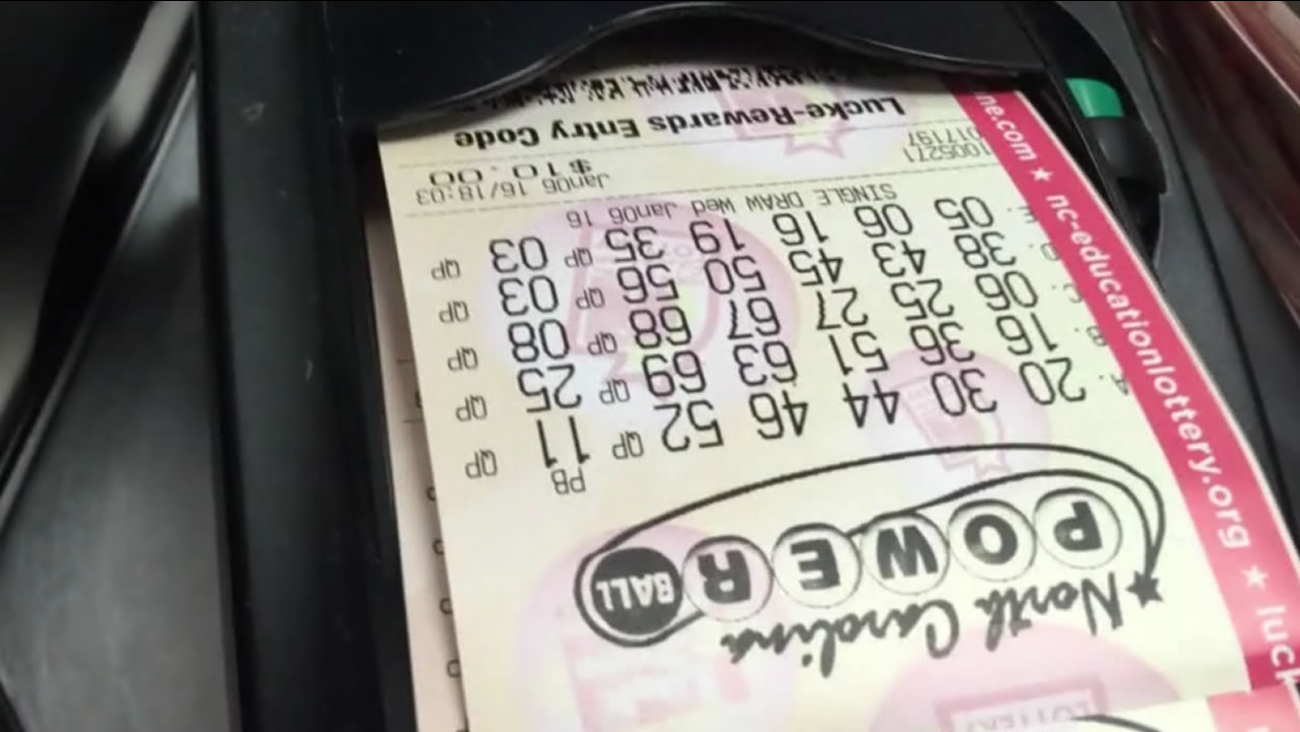 People across the country dreamed about what they'd do with the largest lottery prize in U.S. history - vacationing in warm climates, sharing with family members - and could still be thinking big in the coming days. If no one matches all the numbers on Saturday night, the next drawing is expected to soar to $1.3 billion.

The U.S. saw sales of $277 million on Friday alone and more than $400 million are expected Saturday, according to Gary Grief, the executive director of the Texas Lottery.

The frenzy was real Saturday afternoon at a newsstand in New York City's Penn Station, where cashier Setara Begum said she was exhausted from taking about $10,000 worth of orders that ranged from a single $2 ticket to one man buying $500 worth of tickets.

"I'm going crazy! I can't take it anymore!" she said, burying her face in her hands but giggling uncontrollably as she turned to a line of customers. Another employee stood at the newsstand's entrance offering $10 worth of tickets on one page.

Scott Edwards was making the most of his chances, playing in three different groups of eight New Yorkers, a $20 buy-in per person per group.

"I guess eight is going to break the money down a lot," said the 55-year-old, whose groups include Madison Square Garden, where he monitors security for deliveries, as well as the truck drivers delivering those goods and one in his Brooklyn neighborhood.

But for all the excitement, Grief urged those hoping to hit it big not to spend more than they can afford.

"We're very concerned about people playing responsibly and not overspending," he said. "It only takes one ticket to win."

Since Nov. 4, the Powerball jackpot has grown from its $40 million starting point as no one has won the jackpot. This kind of huge jackpot was just what officials with the Multi-State Lottery Association, which runs the Powerball game, hoped for last fall when they changed the odds of matching all the Powerball numbers, from about one in 175 million to one in 292.2 million.

By making it harder to win a jackpot, the tougher odds made the ever-larger prizes inevitable.

Anndrea Smith, 30, of Omaha, Nebraska, has already spent more than she usually does on Powerball tickets.

"I bought four yesterday, and I usually never buy any," said Smith, manager of Bucky's gas station and convenience store in northwest Omaha. She's not alone, saying the store sold "about $5,000 worth of tickets yesterday. Usually on a Friday, we might sell $1,200 worth."

If she wins, her first purchase will be "a warm vacation," she said, as the temperature outside hovered in the single digits. "I'd share with family, too."

Sonja Peterson of Minneapolis said she never buys Powerball tickets, but on Saturday, she bought two with random numbers at Bobby & Steve's Auto World gas station - one for her, one for her boyfriend.

The chance of no one hitting all five initial numbers and the Powerball number was growing slimmer, Grief said, anticipating that about 75 percent of all combinations will have been bought.

One New Jersey man took a more realistic view than some of his lottery cohorts across the U.S.

"I know I'm more likely to get hit by lightning or a bus than winning this thing, but that's not going to stop me from taking a chance" George Montgomery said while standing outside a Trenton convenience store.

"I'm not spending more than $20 overall on tickets, I won't go nuts like some people, but who knows? Maybe I can snag some of the smaller prizes," the 62-year-old said. "If I lose, I lose a few bucks. If I win, I get a few bucks and I'll be happy."