What you should do if you win the Powerball jackpot 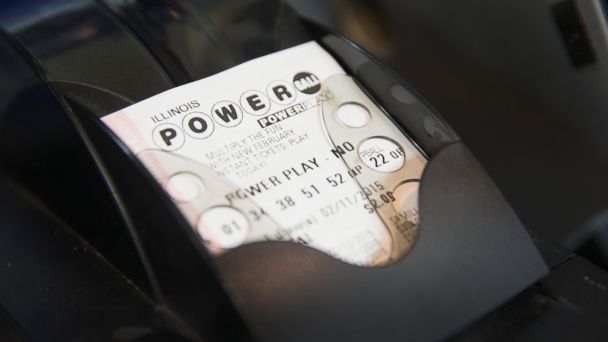 The Powerball jackpot has many Americans practicing their Scrooge McDuck money dive.

Before you perfect your cartoon dive, however, there are several tips that experts suggest you take into account to make the most of the big payday.

Sign the Back of the Ticket: Imagine having the winning ticket but someone else claiming the money as their own. That's what could happen if a stranger gets hold of an unsigned ticket and turns it in as their own.

Tracey Cohen, the interim executive director of the D.C. Lottery, confirmed to ABC News that a signed ticket with two forms of matching identification is what is required to get the payout.

Stay Anonymous, If You Can: States differ about whether or not winners are able to remain anonymous, or if their name is legally required to be made public once they claim their ticket.

If anonymity is possible, Alexa von Tobel, the founder and CEO of financial planning site LearnVest.com, recommends taking that option.

"It creates a ton of problems for lottery winners. We've seen everything from robberies to even murders of people who have won lotteries," von Tobel told ABC News.

"A lot of your social dynamics around you change if people are aware of your status," she noted.

Even in states where you are not allowed to remain anonymous, there are ways to try to keep your winnings private.

Cohen told ABC News that people can create LLCs or non-profit entities that can protect their identities. The organization then claims the jackpot without revealing the name of the actual winner.

Assemble a Money Management Team:State-run lottery organizations do not give tax or financial advice to winners and they urge people to seek outside counsel.

Von Tobel notes that in addition to just calling up the first financial planner from an Internet search, be sure to do thorough background checks on the individuals that you hire to help you navigate the win.

She suggested hiring an estate planner, a certified financial planner and an accountant before claiming the ticket. In addition to completing background checks, von Tobel also noted the importance of confirming their respective fees before signing on any dotted lines.

Once You Win, Don't Spend:Many experts, including von Tobel, suggest that any winners wait at least six months -- if not a year -- before making any purchases.

"We often find that a lot of people end up blowing through millions," von Tobel told ABC.

According to a 2015 study by the Camelot Group, 44 percent of winners spend their entire winnings within five years.

Now to the Good Stuff: How Much Can You Win?The total jackpot has increased in the past three days which Cohen said was to be expected, since more people have bought tickets.

The final take home amount depends on the individual's tax rate and the state and local taxes in their state, but Cohen noted that winners can generally expect to end up with about a third of the total cash jackpot.