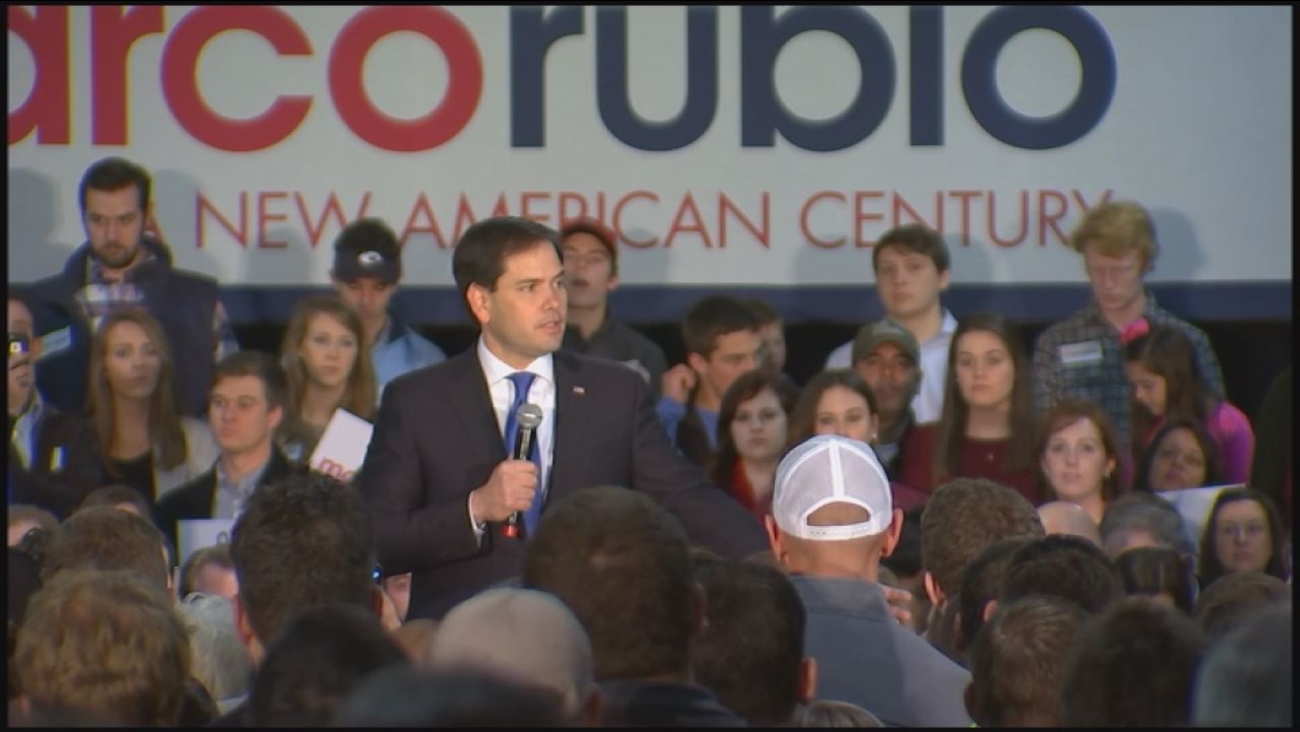 Marco Rubio during a rally at the North Carolina State Fairground Saturday, January 9, 2016

RALEIGH (WTVD) -- Hundreds showed up to a rally at the North Carolina State Fairgrounds in Raleigh for Republican presidential candidate Marco Rubio.

Rubio chose to not go after frontrunner Donald Trump but to instead focus his message on President Obama and other Democrats.

During the rally, Rubio promised to defend and uphold the Constitution. He also talked about gun control in relation to Obama's announcement for expanded background checks for gun sales.

Saturday night, Rubio will attend a private fundraiser at the home of developer John Kane.