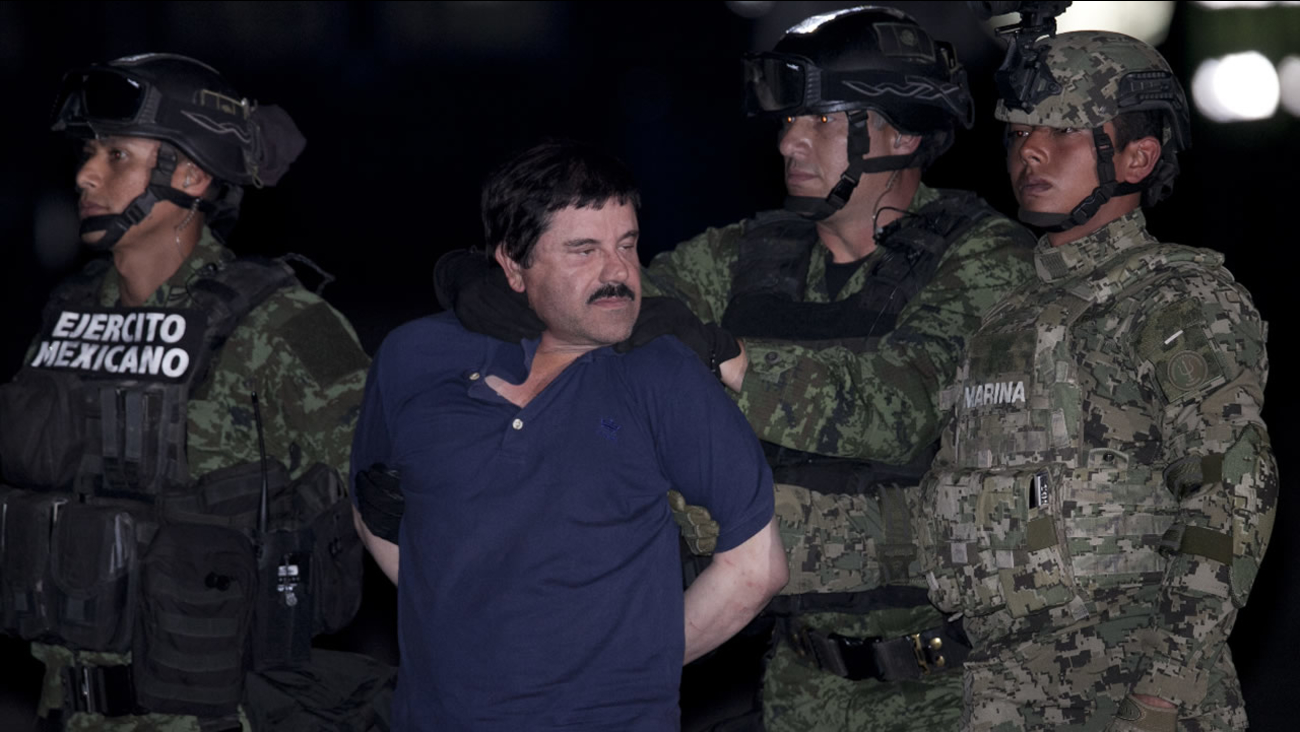 Joaquin "El Chapo" Guzman is escorted to a helicopter in handcuffs by Mexican soldiers and marines at a federal hangar in Mexico City, Mexico, Friday, Jan. 8, 2016. (AP Photo/Marco UgarteR)

Guzman was arrested early Friday after a shootout in his home state of Culiacan that killed five and injured one marine.

The official, who spoke Saturday on condition of anonymity, said it was the Penn interview that led authorities to Guzman in a rural part of Durango state in October. They aborted their raid at the time because he was with two women and child. - Katherine Corcoran.
Related topics:
fugitive arrestdrugu.s. & world
Copyright © 2021 by The Associated Press. All Rights Reserved.
More Videos
From CNN Newsource affiliates
TOP STORIES