Panthers have a history of keeping 'Beast Mode' under control 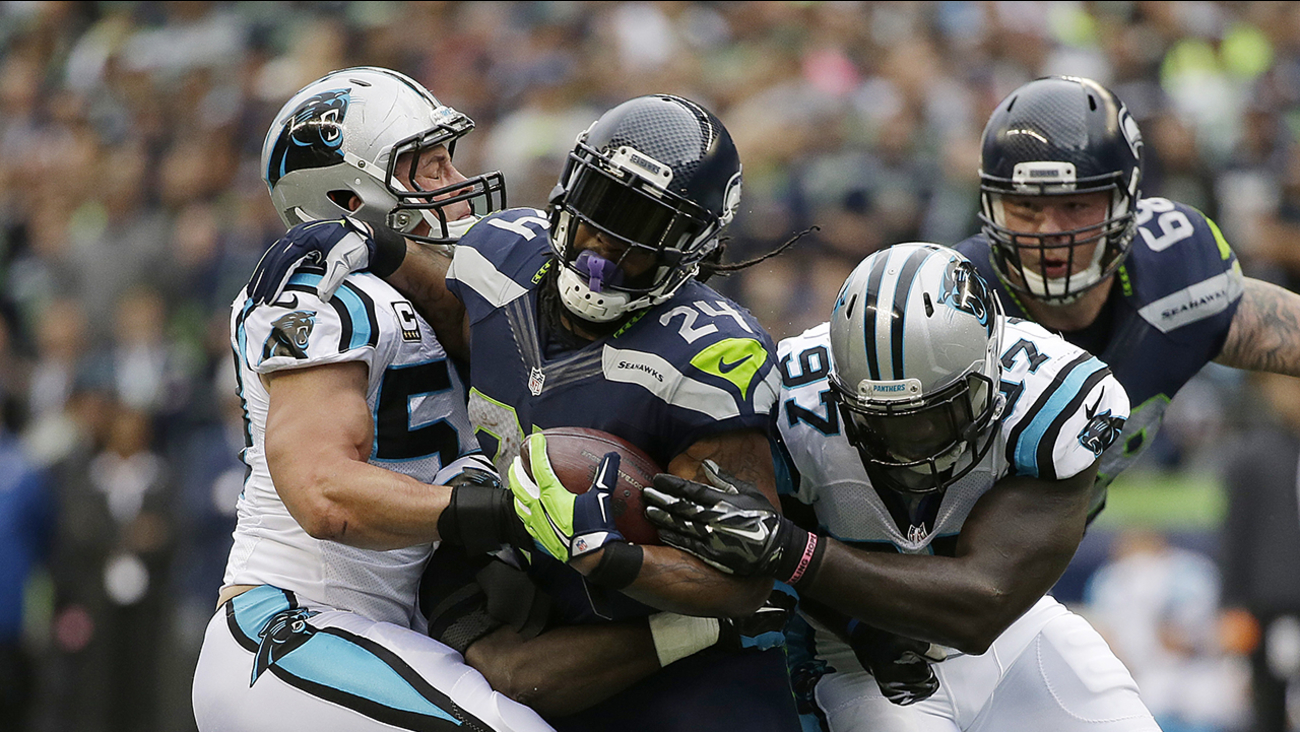 It's official. Seattle running back Marshawn Lynch is probable for Sunday's NFC divisional playoff game against the Carolina Panthers.

But will Lynch be a factor? He hasn't been a huge one in Seattle's five previous games against Carolina, and he hasn't played since undergoing abdominal surgery on Nov. 25.

Lynch was held to 54 yards on 17 carries during an Oct. 18 meeting between these teams in Seattle. Carolina won 27-23.

The back known as "Beast Mode" has averaged 16.6 carries and 60.6 yards in five games against the Panthers since 2012. He has rushed for only one touchdown in those games.

Panthers coach Ron Rivera said that the Panthers want to play Seattle's best because "to be the best you have to beat the best."

Cornerback Josh Norman said defensively it will come down to Carolina doing what it has done for most of the season, which means maintaining sound gap control and tackling well.

Then it's just a matter of meeting Seattle's intensity.

"It is gonna be to the wall," Norman said. "Full off intensity to the wall. Pedal to the metal, man. Full throttle. I don't think nobody is going to be letting up on nothing.

"We are gonna come out on all cylinders just as they are, and we are gonna try and do our best to get this thing rolling because they are going to try and do their best. We've just got to be better than them on Sunday."