Panthers safety's helmet gets a lesson in 'Beast Mode' 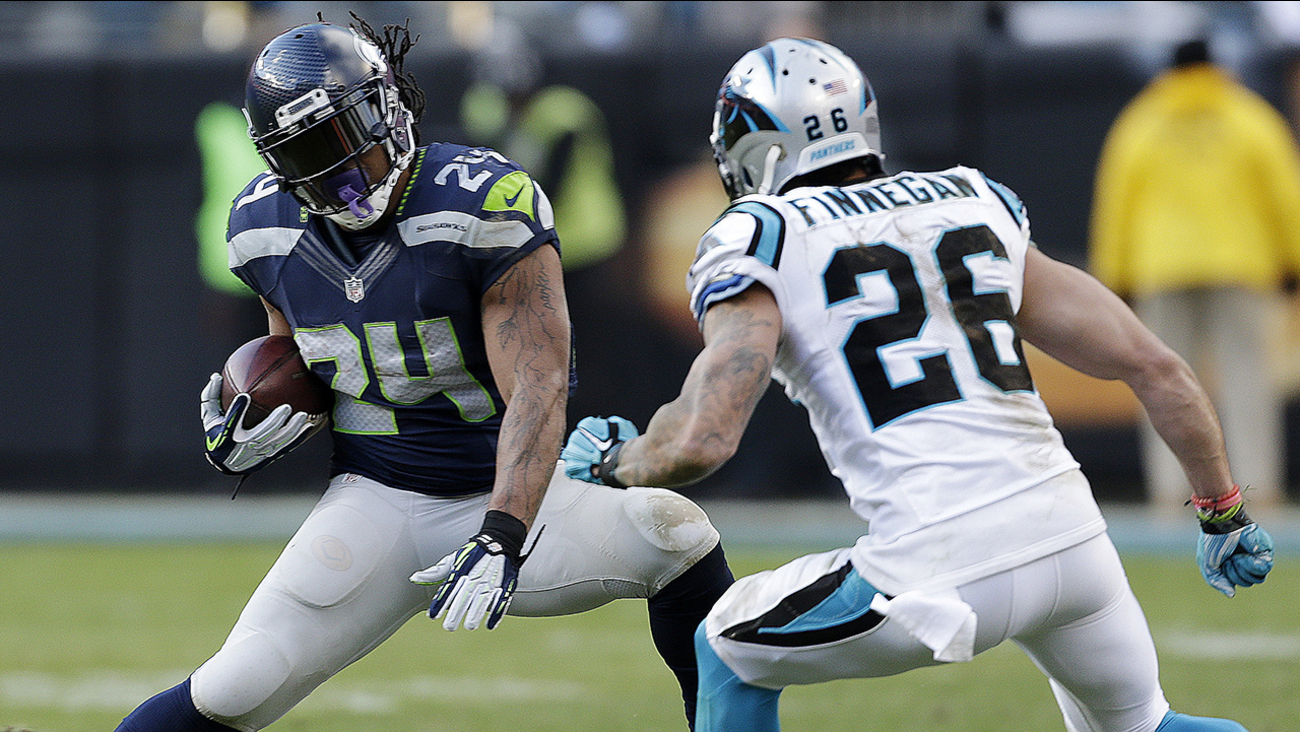 Keeping Marshaw Lynch in check isn't easy, but the Panthers did it. (Bob Leverone)

Any NFC team with designs on the Super Bowl knows that to get there, it has to go through the Seattle Seahawks.

The Carolina Panthers did that -- twice -- this season, and that's why they're one win away from The Big 5-0.

One of the keys to Carolina's recent mastery of the Seahawks has been containing "Beast Mode."

When the teams met in Seattle on Oct 18, the Panthers' defense held Marshawn Lynch to 54 yards on 17 carries, an average of 3.2 yards per carry, and one touchdown. When they met again Sunday in the NFC divisional playoffs, Lynch managed just six carries for 20 yards -- and nine of those came on one carry.

The Panthers won that first meeting in comeback fashion 27-23 and came out on top again 31-24 on Sunday after building a 31-0 lead and hanging on down the stretch.

Neither game was easy, and neither was keeping Lynch in check, despite the statistics.

Take it from Panthers safety Roman Harper, who got a new appreciation for "Beast Mode."

Unlike the Seahawks' Super Bowl hopes.