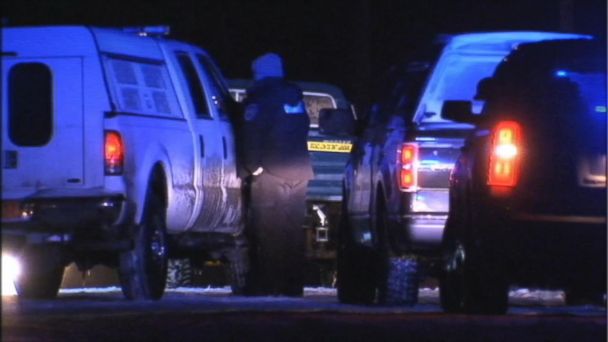 The scene unfolded in Catawba County, outside Charlotte, around 5 p.m. when the suspect's car slid off the road and got stuck in snow.

According to the county's sheriff, Coy Reid, some people who were passing by stopped to help the man.

Reid said that the group believed there was something wrong with the man, so they said they were going to call the police.

"He heard them say that," Reid said. "He jumps out of the car with a pistol."

The group then took off running, but the suspect allegedly opened fire.

"He shoots and hits one of them," Reid said, adding that the victim fell to the ground.

After that "he walks over and fires multiple shots into him," Reid added.

The victim was later pronounced dead.

After the shooting, the suspect got back in his car, which was still stuck, Reid said.

Responding officers ordered him out, but he allegedly refused to obey their commands, so police called in a special tactics unit, including an armored car.

Officers were able to take the man into custody.

It was unclear if he was charged or what the motive was in the shooting.