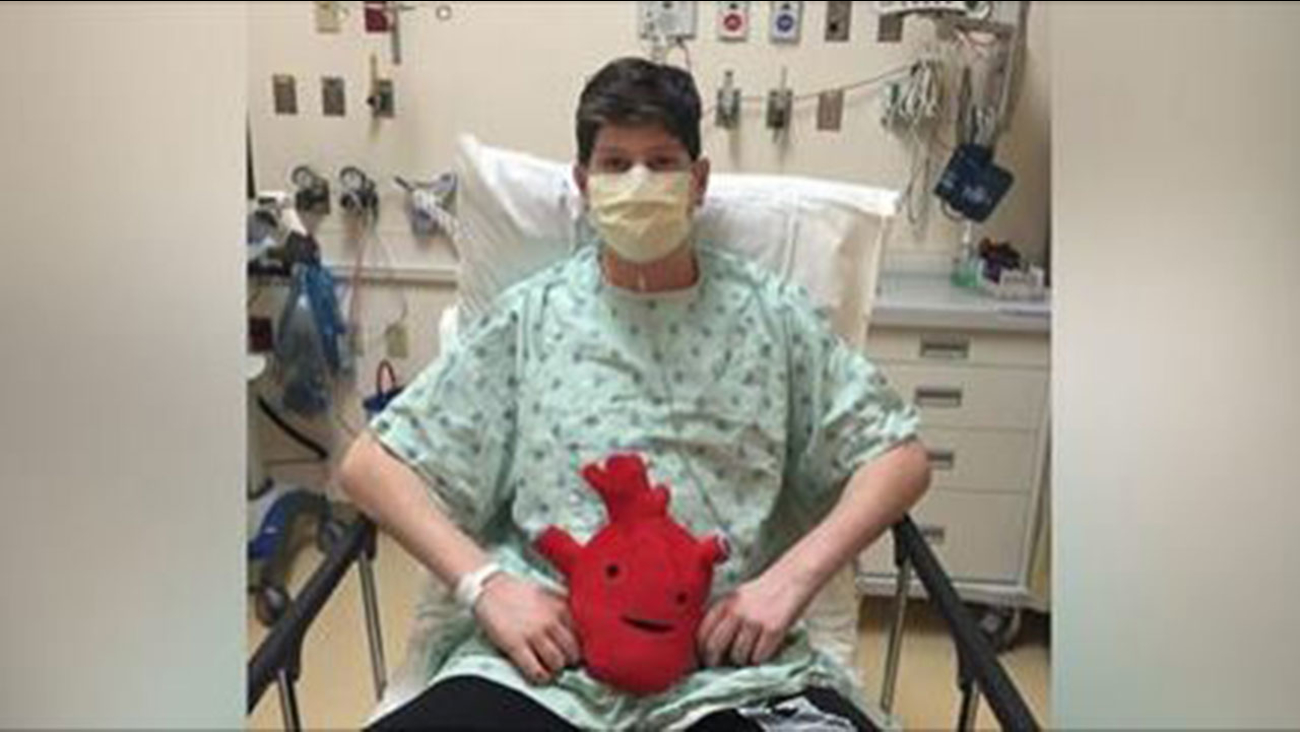 A video of a teen waking up after his heart transplant is going viral.

Trevor Sullivan, 15, of Detroit, Michigan, underwent the surgery on Nov. 13, 2015, but it was just this week when his dad Philip shared the results with Gift of Life Michigan on Facebook, a foundation that promotes organ and tissue donations.

"I really like the video, actually," Trevor told ABC News today. "I think it's really cool and I wish everyone in the world can see it because it really makes a difference. It promotes organ donation and people can see the outcome of it and how happy they really are."

"I feel fine after recovery," he added. "I can do anything now. I do feel really relieved."

Philip Sullivan, 43, told ABC News that his oldest son Trevor was diagnosed with severe cardiomyopathy in February 2015. Trevor had been "feeling sick" for about a year.

"We just chalked it up to 'We don't know whats going on,'" Sullivan said. "In September 2014, he was on the football field and said he didn't feel good...we thought it was allergies."

But on Feb. 12, 2015, Trevor was airlifted from a nearby hospital to the C.S. Mott Children's Hospital because of sudden heart failure.

Trevor was discharged on March 6 and added to the heart transplant registry. Then on Nov. 12, eight months later, Trevor underwent transplant surgery after a donor heart became available, Sullivan said.

"We know that it was a younger person it came from, with good muscle tissue, a strong heart," he said. "It makes us feel really good that he was able to be saved because it was getting really scary. He was going down the wrong path, until we got the call."

Trevor asked his mom Kimberly to record his first moments of waking up from the anesthesia.

"It blew me away," Kimberly Sullivan told ABC News. "Honestly, for me, I didn't know what to expect. I kind of thought he'd wake up disoriented and in pain, but instead he woke up happy, ready to go and pleased with what he was going through. He made all the worrying that a mom would do go away."

In the emotional footage, Trevor explained to his parents what he's feeling.

"I'm so happy," he said, crying. "I've been waiting so long. I can breathe again and talk. I feel amazing. I've never felt so good."

Kimberly said she felt as if the heart gave her son new life, again.

"It felt like it was better than the day he was born," she said.

Philip shared the video with Gift of Life Michigan's Facebook page on Jan. 19, where it quickly racked up 700,000 views.

"This week, Mr. Sullivan posted that incredibly moving video of his son as he came out of the surgery," said Tim Makinen, communications director at Gift of Life Michigan. "It has gone crazy and since that time, Mr. Sullivan is interested in promoting organ tissue and [eye] cornea donations. It looks like he's going to be one of our volunteers."

The Sullivan family has not been given details about the donor's family. But Philip said he has an important message to tell them.