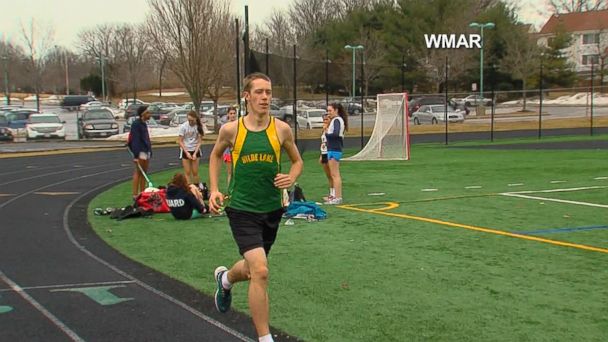 Two college students are now in police custody in connection with the alleged abduction and slaying of a 13-year-old girl, but it's unclear how the suspected killer knew his alleged victim.

David Eisenhauer, 18, and Natalie Keepers, 19, were arraigned Monday morning and have had their preliminary hearings set for late March. Neither has entered a plea.

Both Eisenhauer and Keepers are students at Virginia Tech in Blacksburg, the same Virginia town where slain Nicole Lovell lived in an apartment complex with her family.

"Based on the evidence collected to date, investigators have determined that Eisenhauer and Nicole were acquainted prior to her disappearance," Blacksburg police said in a statement released Sunday. "Eisenhauer used this relationship to his advantage to abduct the 13-year-old and then kill her."

Eisenhauer previously lived in Washington state before moving to Columbia, Maryland, where he attended high school and was named Athlete of the Year, according to The Baltimore Sun.

Now, less than a year later, he is in police custody and faces a first-degree murder charge. Eisenhauer became the subject of the police investigation Friday and he was arrested Saturday, charged with abduction, the Blacksburg police said.

LeMon said it was "very difficult" to hear about the charges but did not want to comment further because the allegations are pending.

His charge was increased to first-degree murder after Lovell's body was found in Surrey County, North Carolina, Saturday afternoon.

Eisenhauer was a freshman engineering major and the school reported that it immediately placed him on interim suspension following his arrest.

The second suspect, Natalie Keepers, was subsequently arrested and identified by the school as a fellow engineering student.

Charlene Narh went to Hammond High School in Laurel, Maryland, with Keepers and said they were in the same group of friends.

"I saw the news yesterday and I was shocked to see her face," Narh told ABC News. "She didn't seem to be that type of person. She was really quiet."

Earlier in the investigation, police had stressed urgency in the search for Nicole, saying that she "requires prescription medication daily for a previous liver transplant and is without the medication."