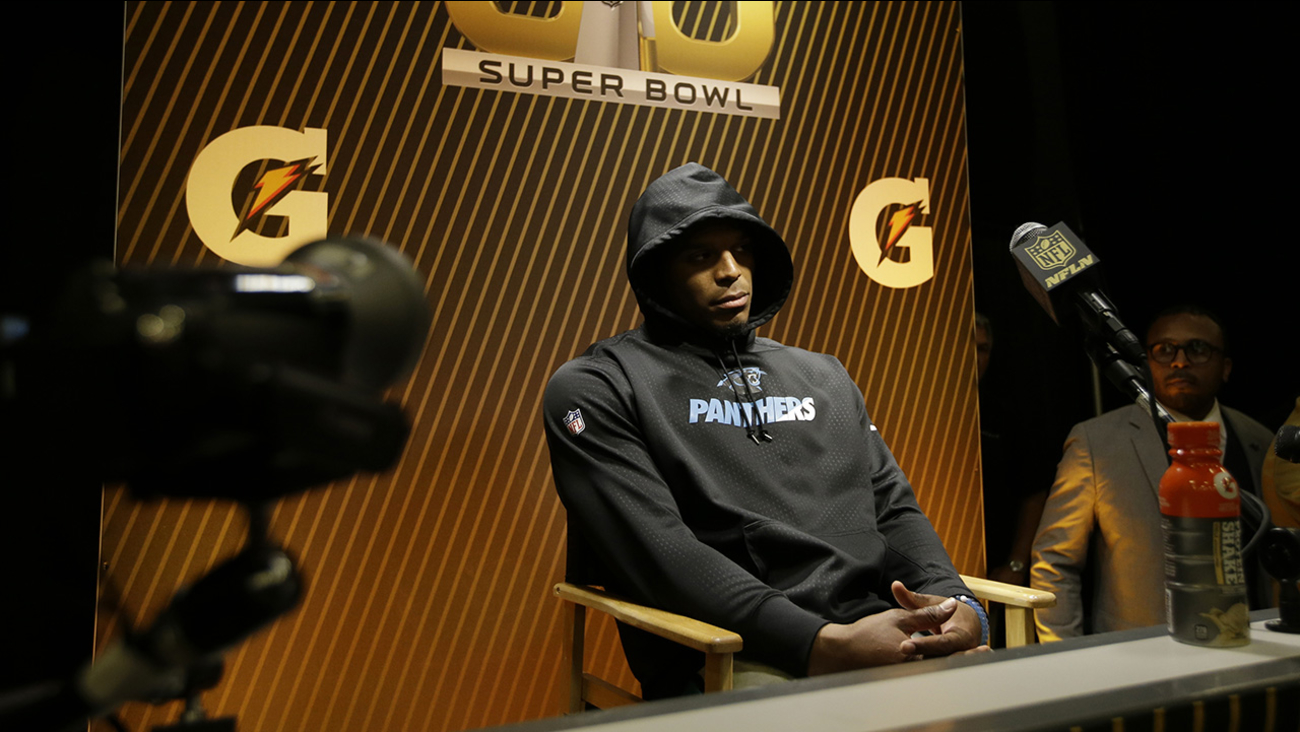 On Sunday after the game, Harris was in an adjacent interview area talking loudly about the Broncos' game plan in their 24-10 victory at Levi's Stadium.

His voice could be heard above everyone else's from the Carolina interview area, which was separated from the Broncos' area by a black curtain.

"Load the box, force y'all to throw the ball. Can you throw the football? That was the game plan," Harris said.

Newton was looking in that direction and appeared to be listening intently to Harris. The newly crowned league MVP finally shook his head as Harris spoke and then walked off.

"I don’t know what you want me to say, I’m sorry." - A dejected Cam Newton walks off the podium abruptly. #SB50

Whether Harris' comments pushed Newton into leaving, only the quarterback can say. But even before Harris spoke, Newton had given a string of short answers as he peered out from his black hoodie. Other Carolina players also could hear the comments and still continued to do interviews.

Newton obviously was reeling from the loss after leading Carolina to a 17-1 record entering the game. Reporters saw that. So did Newton's teammates.