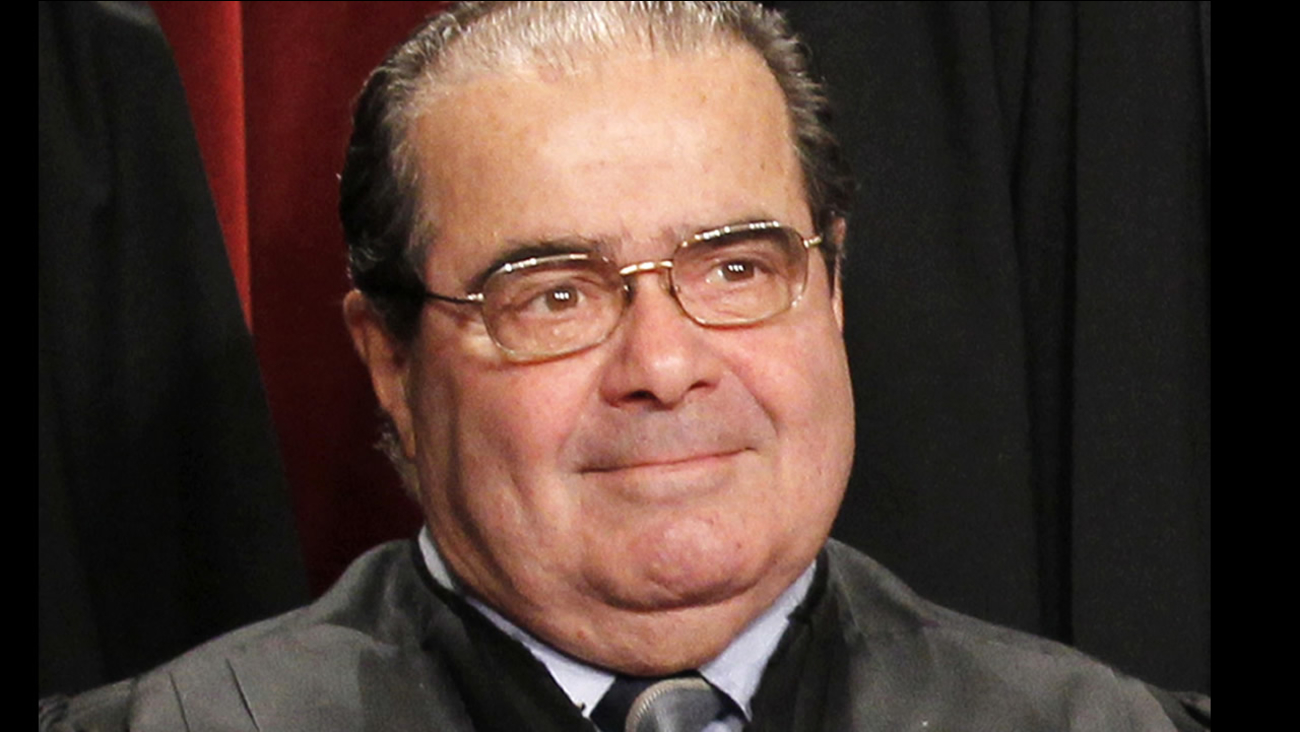 "America has lost a giant of the U.S. Supreme Court and a man who devoted nearly his entire adult life to public service. He was an unapologetic defender of the Constitution whose intellect and congeniality will be missed. Ann and I offer our deepest condolences to the Scalia family."

"My sincerest condolences to the family of Supreme Court Justice Antonin Scalia who has passed away. The longest-serving Justice on the Court, he was loved and respected by all. Justice Scalia was a strong conservative and a staunch defender of the Constitution who upheld moral values. He was one of the Justices who voted against same-sex marriage. He will be greatly missed and leaves a huge void on our Supreme Court. Join me in praying for his wife Maureen and the family, and for the future of our Supreme Court."

"Today, our nation lost Antonin Scalia, a great American and devoted public servant who fiercely defended the Constitution during his three decades on the Supreme Court. Regardless of one's political or judicial views, there is no doubt that Justice Scalia will be remembered as one of the most thoughtful and consequential Supreme Court justices in contemporary American history. My thoughts and prayers are with Justice Scalia's family during this time."

I was deeply saddened to learn of the passing of Justice Scalia. He was a staunch defender of the Constitution and a brilliant legal mind.

Scalia understood and adhered to the vision our Founding Fathers had of a limited government. This is a profound loss for our nation.

"He was an extraordinary individual and jurist, admired and treasured by his colleagues. His passing is a great loss to the Court and the country he so loyally served. We extend our deepest condolences to his wife Maureen and his family."

"Laura and I mourn the death of a brilliant jurist and important American, Supreme Court Justice Antonin Scalia. He was a towering figure and important judge on our Nation's highest court. He brought intellect, good judgment, and wit to the bench, and he will be missed by his colleagues and our country."

"Today our country lost an unwavering champion of a timeless document that unites each of us as Americans. Justice Scalia's fidelity to the Constitution was rivaled only by the love of his family: his wife Maureen, his nine children, and his many grandchildren. Through the sheer force of his intellect and his legendary wit, this giant of American jurisprudence almost singlehandedly revived an approach to constitutional interpretation that prioritized the text and original meaning? of the Constitution. Elaine and I send our deepest condolences to the entire Scalia family.

"The American people? should have a voice in the selection of their next Supreme Court Justice. Therefore, this vacancy should not be filled until we have a new President."

"There is no doubt Justice Antonin Scalia was a brilliant man. We had our differences and I disagreed with many of his opinions, but he was a dedicated jurist and public servant. I offer my condolences to his family.

"The President can and should send the Senate a nominee right away. With so many important issues pending before the Supreme Court, the Senate has a responsibility to fill vacancies as soon as possible. It would be unprecedented in recent history for the Supreme Court to go a year with a vacant seat. Failing to fill this vacancy would be a shameful abdication of one of the Senate's most essential Constitutional responsibilities."

"While I differed with Justice Scalia's views and jurisprudence, he was a brilliant, colorful and outspoken member of the Supreme Court. My thoughts and prayers are with his family and his colleagues on the court who mourn his passing."

"Justice Scalia was a remarkable person and a brilliant Supreme Court Justice, one of the best of all time. His career was defined by his reverence for the Constitution and his legacy of protecting Americans' most cherished freedoms. He was a Justice who did not believe in legislating from the bench and he is a person whom I held in the highest regard and will always greatly respect his intelligence and conviction to uphold the Constitution of our country. My thoughts and prayers are with his family during this time."

"Today our Nation mourns the loss of one of the greatest Justices in history - Justice Antonin Scalia. A champion of our liberties and a stalwart defender of the Constitution, he will go down as one of the few Justices who single-handedly changed the course of legal history.

...And he authored some of the most important decisions ever, including District of Columbia v. Heller, which recognized our fundamental right under the Second Amendment to keep and bear arms. He was an unrelenting defender of religious liberty, free speech, federalism, the constitutional separation of powers, and private property rights. All liberty-loving Americans should be in mourning.

"Justice Scalia was one of the most consequential Americans in our history and a brilliant legal mind who served with only one objective: to interpret and defend the Constitution as written. One of the greatest honors in my life was to attend oral arguments during Town of Greece v. Galloway and see Justice Scalia eloquently defend religious freedom. I will hold that memory forever. The next president must nominate a justice who will continue Justice Scalia's unwavering belief in the founding principles that we hold dear."

"Justice Antonin Scalia was a man of God, a patriot, and an unwavering defender of the written Constitution and the Rule of Law. He was the solid rock who turned away so many attempts to depart from and distort the Constitution. His fierce loyalty to the Constitution set an unmatched example, not just for judges and lawyers, but for all Americans."
Related topics:
supreme courtu.s. & worldpat mccrory
Copyright © 2021 WTVD-TV. All Rights Reserved.
RELATED
Friend of Scalia, a Raleigh attorney, reacts to death
TOP STORIES
Tropical Depression Claudette to bring heavy rain to NC
Raleigh HS basketball player killed at graduation party: Police
Black trailblazers buried in Raleigh remembered on Juneteenth
Man linked to 22 car thefts arrested in Fayetteville
EMS worker shot at Juneteenth event in Raleigh
Plaque unveiled in Holly Springs to honor Negro League players
1 dead in Falls Lake drowning, sheriff's office says
Show More
Buyers lining up to check out 'house from hell' listed for nearly $600K
NC State baseball tops Stanford 10-4 in CWS opener
NC celebrates Juneteenth for first time since federal recognition
Meet the most important Civil War leader you've never heard of
Wife of man killed by Honolulu police: 'If it was me, I'd still be alive'
More TOP STORIES News