12 of 14 Killed in Massacre Were County Employees 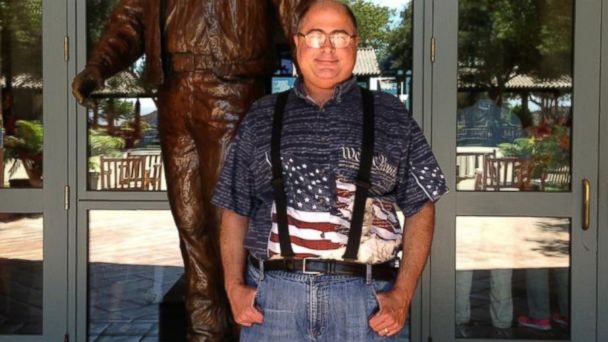 Almost all of those killed and injured in the San Bernardino massacre were county employees, gunned down in what officials are calling an "enormous personal tragedy" and "senseless attack."

Of the 14 people killed -- including a father of six -- 12 were county employees, San Bernardino police announced Thursday night. Of the 21 injured, 18 worked for the county.

Thursday night, San Bernardino officials released the names of those killed in the rampage at the Inland Regional Center the day before, where a work event and holiday function for the county health department were taking place.

Thalasinos had worked at the department for approximately 12 years. His wife, Jennifer Thalasinos, told ABC News that her husband was an inspector in the environmental division alongside suspected shooter Syed Farook.

Wetzel was a father and stepfather of six children, according to his family. A family spokeswoman told ABC News affiliate KABC that Wetzel was in a meeting at the time of the shooting.

"They are very overwhelmed, there are six kids who have lost a father, lost all financial support and the kids are just finding out today," the Wetzel family spokeswoman, Celia Behar said. "They are trying to be very cautious."

Wetzel's wife, Renee called her husband "the most amazing person" in a statement to ABC News today.

"He was my best friend and an incredible father who was loved by all," she said. "I didn't know a better person. He loved his work and his family so very much. Without him, this family will never be the same. We appreciate all the love and support that everyone is showing. We ask that our privacy be respected during this terrible time."

Kaufman, 42, who went by Daniel, was killed yesterday when he was working at a coffee shop at the Inland Regional Center. His partner, Ryan Reyes, told ABC News that he was worried as soon as he heard about the shooting because he knew Kaufman would be outside on his break.

"That's when I was even more devastated," Reyes told ABC News.

Reyes said he waited for hours hoping that Kaufman would be on one of the buses to reunite bystanders with their families. At one point he saw a post on Facebook that said Kaufmann had been shot but was alive, however after visiting the local hospital he learned that wasn't true. He said he realized Kaufman was likely dead after learning he wasn't at any of the hospitals where the injured were taken.

"That's when that hope really dwindled and it was extremely difficult trying to hold a ray of hope," Reyes said. Speaking to ABC News, Reyes talked about his grief and what Kaufmann meant to those who knew him, describing him as easy going and supportive with a "big smile" on his face all the time.

"The world will suffer from having one less person like him," Reyes told ABC News. "That's what bothers me...he is a ray of light to so many people."

He told ABC News that one of the last things he said to Kaufman was, "I love you."

Meins was an employee for the Riverside County Transportation and Land Management. He also was a physical education teacher and after-school care administrator at a local Catholic school in Riverside, California, where he dressed up as Santa for the past few holiday seasons.. His wife works as a principal at a local school.

Johnson had worked as an environmental health specialist for 10 years.

Police said that Farook and the other suspected shooter, Tashfeen Malik, opened fire at a party for San Bernardino County Health Department employees, ultimately killing 14 and injuring 21. Police said today that they found three pipe bombs tied together in the buildings after the shooting.