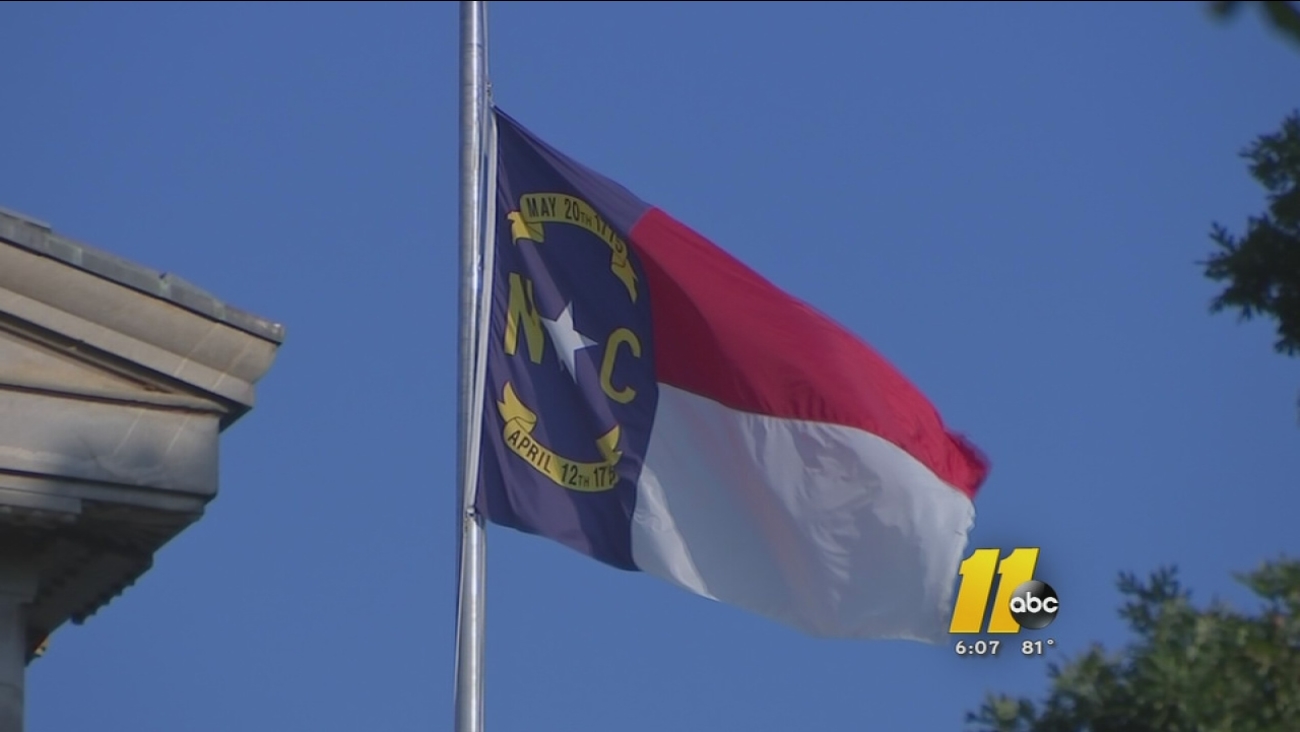 Gov. McCrory ordered state flags to be flown at half staff (WTVD)

Scalia, the influential conservative and most provocative member of the Supreme Court, was found dead Saturday, leaving the high court without its conservative majority and setting up an ideological confrontation over his successor in the maelstrom of a presidential election year. Scalia was 79.

The flags should remain at half-staff until sunset on the day Scalia is buried.

"America has lost a giant of the US Supreme Court and a man who devoted nearly his entire adult life to public service," McCrory said in a news release. "He was an unapologetic defender of the Constitution whose intellect and congeniality will be missed. Ann and I offer our deepest condolences to the Scalia family."

Scalia was found dead Saturday morning at private residence in the Big Bend area of West Texas, after he'd gone to his room the night before and did not appear for breakfast, said Donna Sellers, speaking for the U.S. Marshals Service in Washington.

Presidio County Judge Cinderela Guevara, who pronounced Scalia dead, told ABC News the death certificate will say the cause of death was natural. She said no autopsy was necessary.

Read more: Obama to nominate Scalia successor in 'due time'

ABC News and the Associated Press contributed to this report