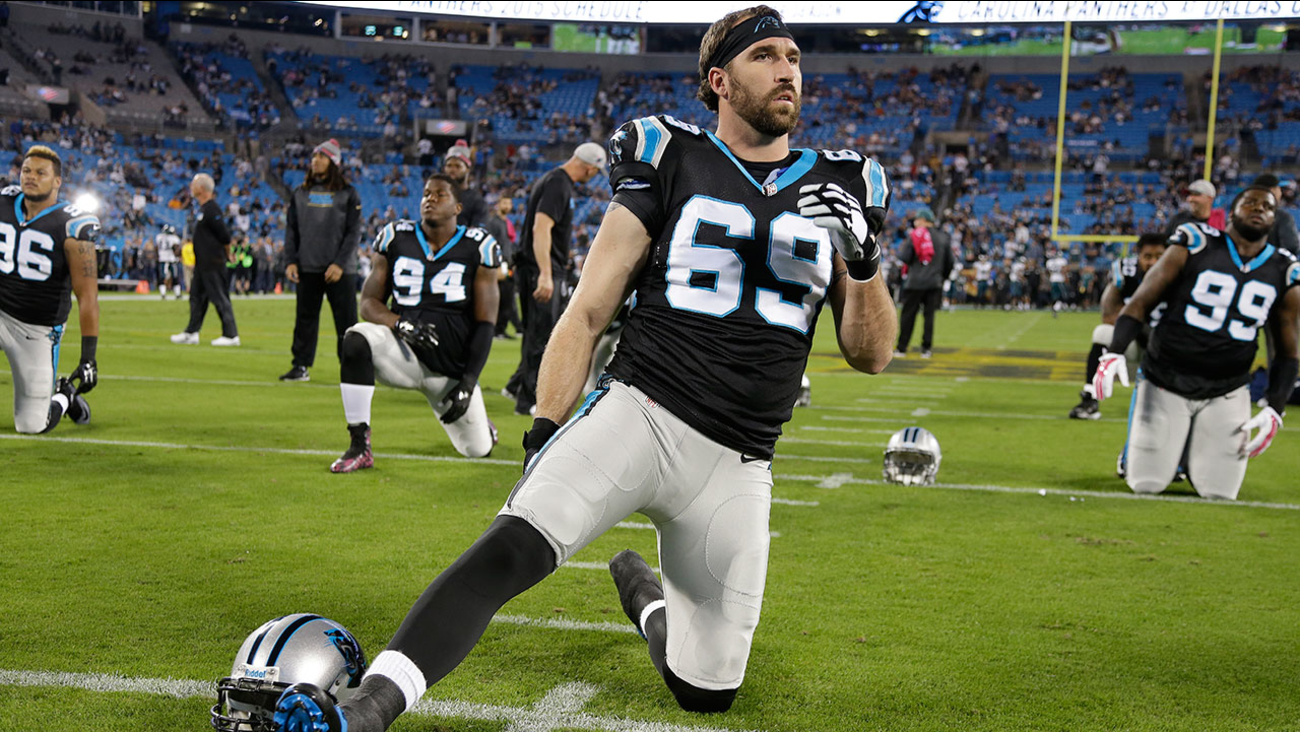 CHARLOTTE -- In a tweet posted to his account Thursday morning, Carolina Panthers defensive end Jared Allen announced his retirement via a video. The tweet said, "Riding off into the sunset," and the video showed Allen on a horse with a cowboy hat and heavy coat.

In the video, Allen said, "Everyone ... I just want to say thank you for an amazing 12-year career. This was the part where I was going to ride off into the sunset. But seeing how there is no sunset, I'm just going to ride off."

He then waves to the camera and rides the horse toward the horizon.

Riding off into the sunset pic.twitter.com/wZXovseGKS

A statement released by Allen read, "I want to take this time to thank my family, friends, fans and teammates who have given their continued support throughout my 12 year career. It's been a great ride for me, and I couldn't be more grateful for the memories.

"It is with a great deal of thought and consideration that I have decided that I will not return to football next year. I want to thank the Carolina Panthers, Chicago Bears, Minnesota Vikings and the Kansas City Chiefs organizations, who provided me with an opportunity to live out my dream and to be a part of their wonderful communities. Thanks for the life long memories."

There has been no formal announcement by the Panthers, though Carolina did re-tweet Allen's post.

Allen missed the NFC title game with a broken foot suffered in a divisional round playoff win against Seattle but started for the Panthers in the Super Bowl.

Allen was acquired by Carolina in a trade with Chicago after Charles Johnson was injured in Week 3.