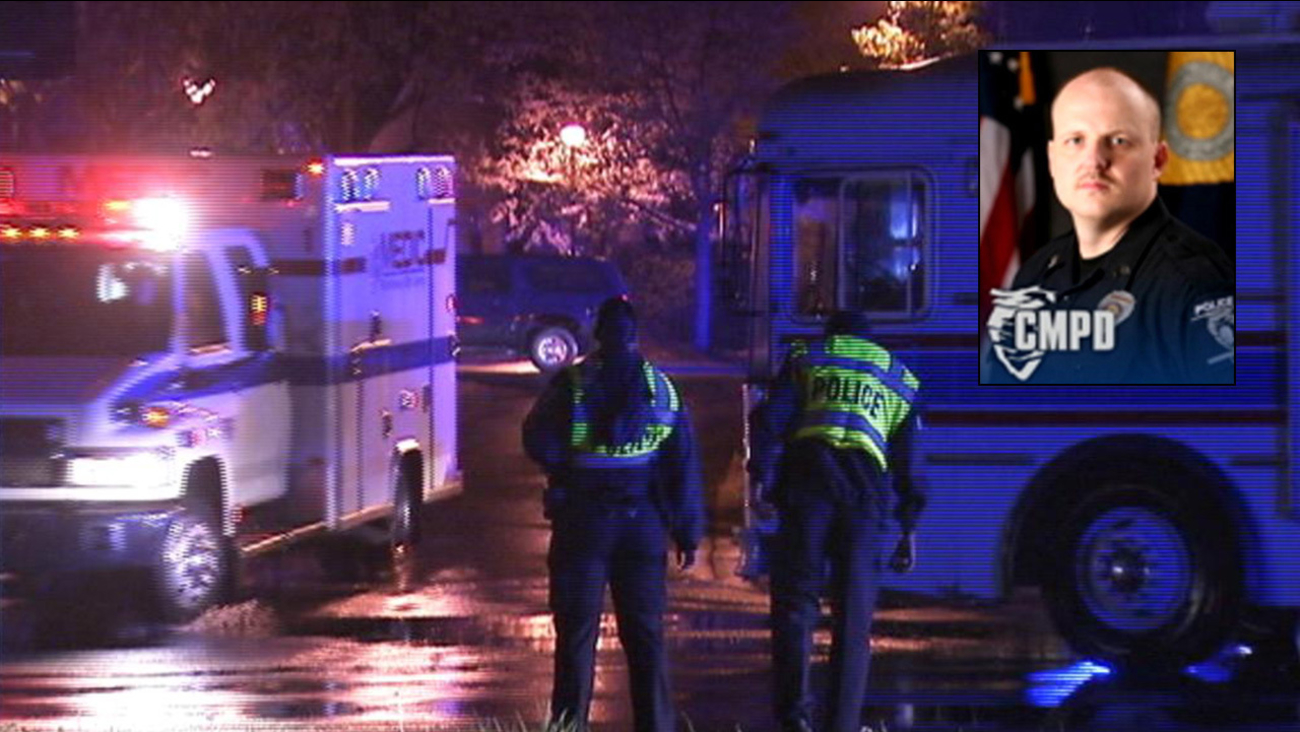 CMPD Lt. Andrew Harris is recovering after being shot in the abdomen (image courtesy WSOC)

A man opened fire at CMPD officers and Charlotte Fire Department officials when they responded just before 10 p.m. to townhomes in the 12000 block of Honey Hill Lane, CMPD Chief Kerr Putney said during a press conference early Sunday morning.

CMPD Lt. Andrew Harris, one of the first officers on the scene, was shot in the abdomen during the exchange, officials said. He was transported to Carolinas Medical Center and taken into surgery.

When Carter is released, officials said he will be facing numerous charges.