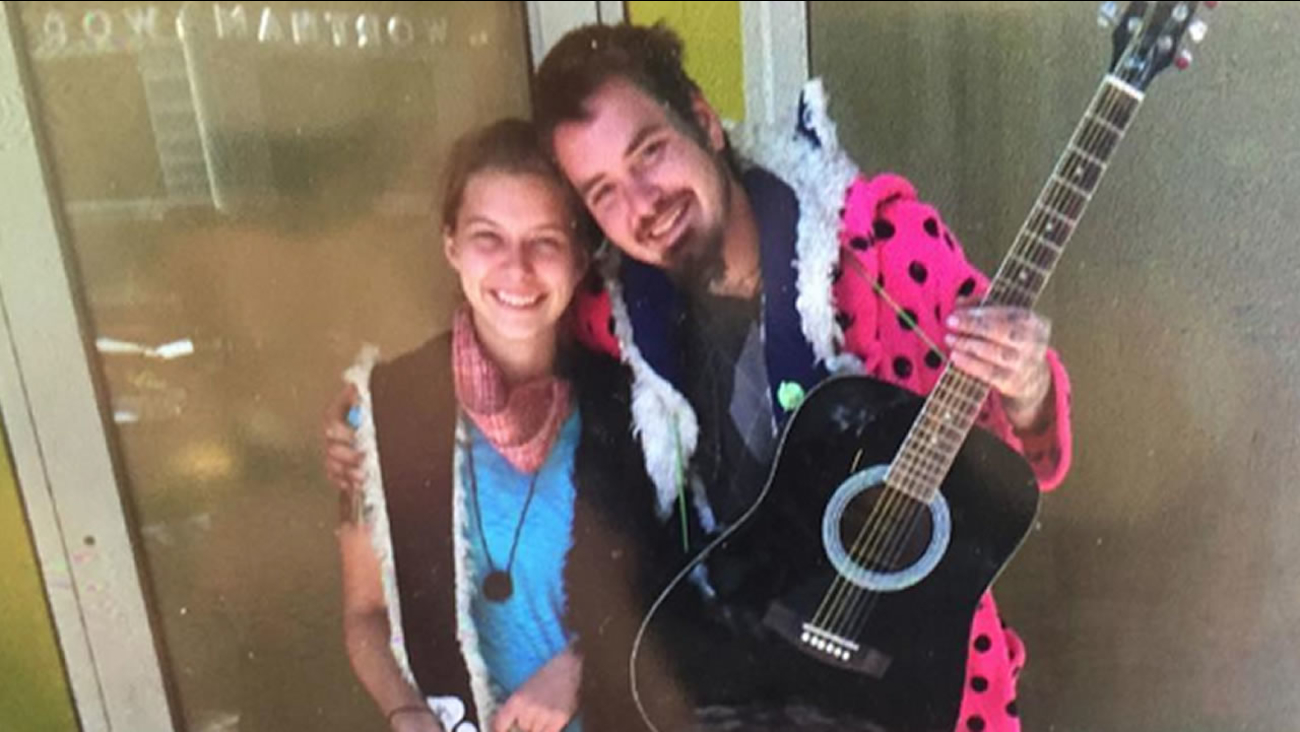 The Henderson County Sheriff's Office had been looking for 25-year-old Anthony Logan and Tesla Rackley, who is about 20, after they had not been seen since Saturday afternoon near the Laurel Creek and Squirrel Gap trailhead.

But WLOS-TV reports the couple were found in front of Mast General store, busking.

Authorities said Logan and Rackley went camping on Wednesday and were separated from the other three people in their group. They were accompanied by a dog named Lucky.

It's not clear how they got from where they were last seen to Asheville.

Multiple agencies had been assisting with the search, including a helicopter from the North Carolina Highway Patrol.