So Beyonce came to Raleigh, what did I miss? 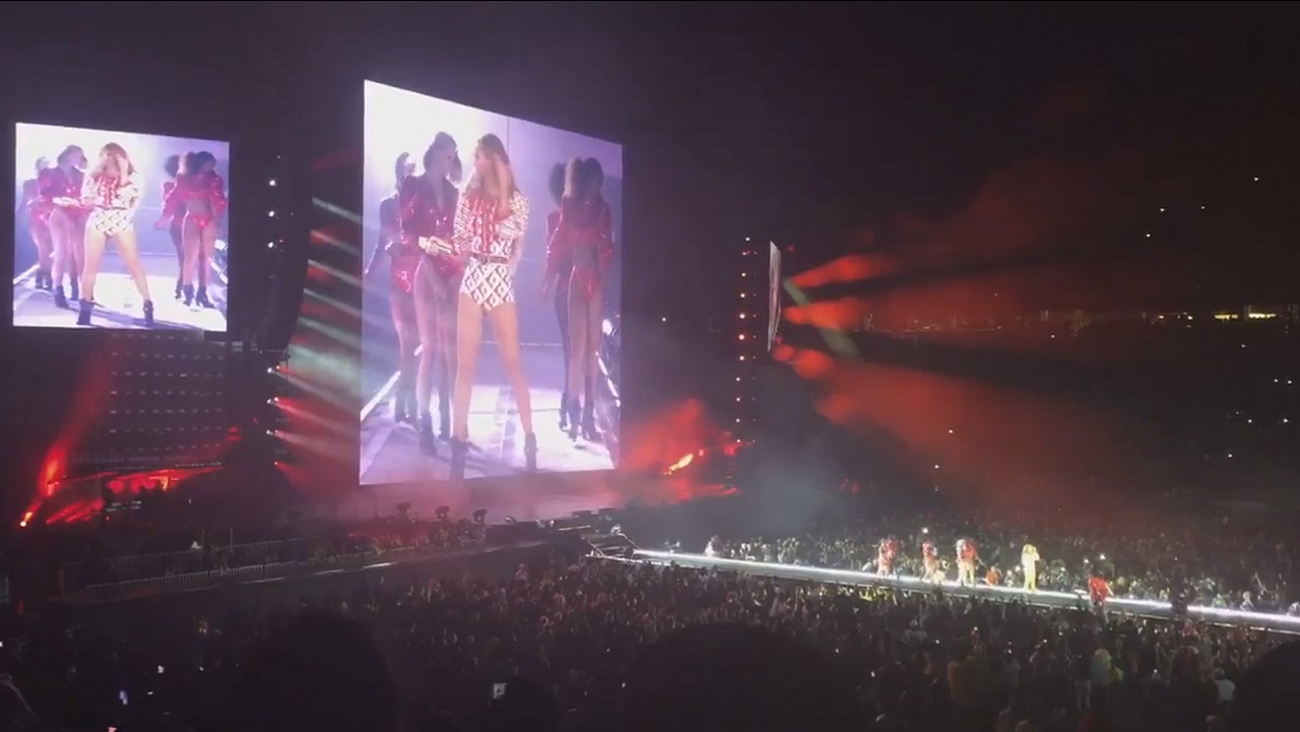 RALEIGH (WTVD) -- Beyonce completed her fourth stop on her Formation World Tour in Raleigh on Tuesday night, but not without some drama.

So, if you were snuggled inside on a rainy stormy night or stuck in your car in traffic, here are a couple of things you may have missed for Queen B's Raleigh show.

She was upset about the storm delay too

Well, some people got a surprise tour of the NC State Football indoor practice facility since they were evacuated out of Carter-Finley stadium.

Hi from the NC state practice facility where we're all taking a 🌩🌩🌩 break from the Beyoncé religious experience pic.twitter.com/Q0rbCCLX1w

She wasn't giving up on her fans - so she came BACK on stage at 11:20pm to finish her concert

World stop... carry on! ⚡️ Beyoncé is back on stage, Raleigh! #FormationWorldTour pic.twitter.com/sq4GxT2z83

@PackGuestSrvcs awesome news but curious, did the city waive the noise curfew restrictions?

She was in a giving mood, because this towel could be worth something...right?

Beyoncé gave him her towel and he ran away 😂😂😂 pic.twitter.com/MGARXAK4oc

She kicked off her shoes and enjoyed the rain - because who doesn't love dancing in the rain?

The BeyHive did not disappoint Queen B in Raleigh. She thanked the hometown crowd multiple times for being such a great audience.

Bey slaying it, and the BeyHive reacting appropriately. #FormationWorldTour

So, did the City of Raleigh fine Beyonce for the noise after 11pm? Here is your answer: