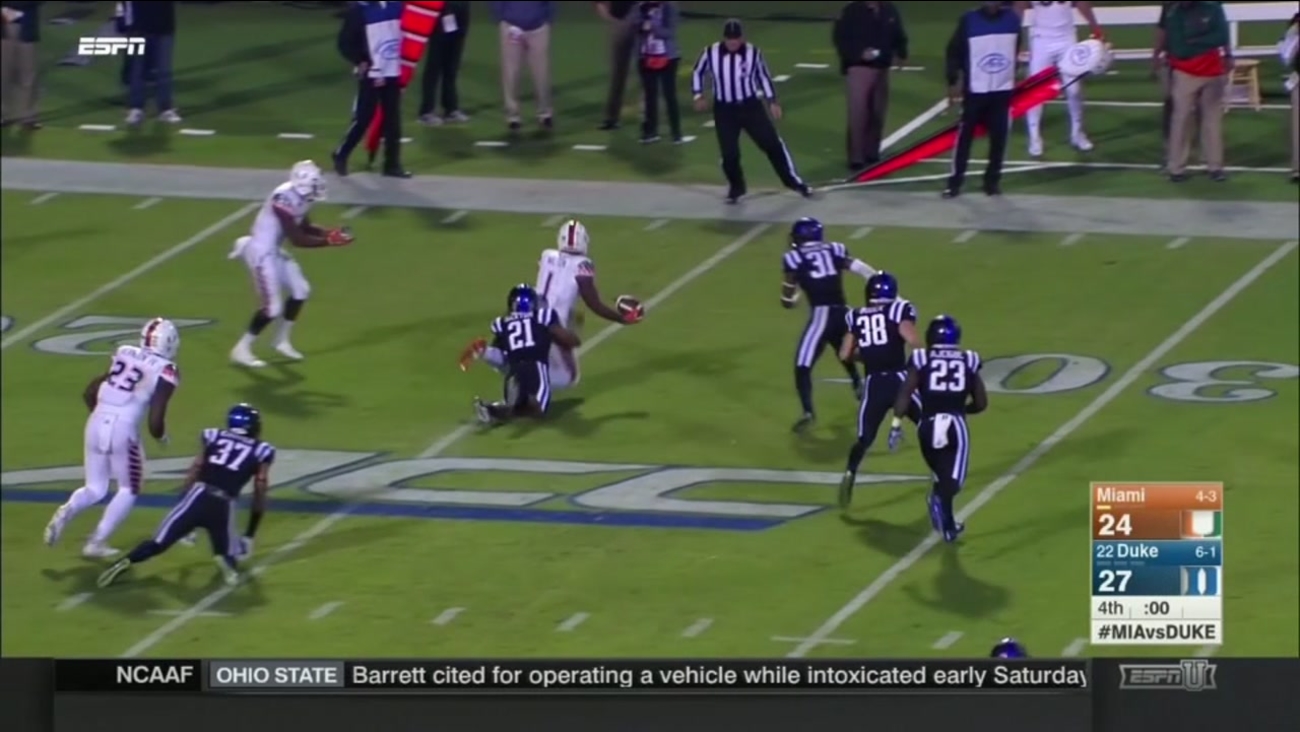 AMELIA ISLAND, Fla. (WTVD) -- On Wednesday at the ACC Spring Meetings in Amelia Island, coaches, athletic directors and officials discussed a number of topics, including replay in football, transfers in basketball the ongoing investigation at UNC Chapel Hill.

Take a look at some of the best moments of discussion.

UNC Chapel Hill athletic director Bubba Cunningham discusses what concerns him the most about the ongoing NCAA investigation at the university.

He, of all people should know. You may remember Duke was on the short end of a mind-boggling, eight-lateral, last-second loss to Miami last season that eventually resulted in the suspension of the on-field officiating crew as well as the replay official and communicator for two full games.

Centralized replay, a team set up in Greensboro to review calls, was one of the main points of conversation. Florida State coach also spoke of the merits of replay. Watch both coaches' comments in the video.

Gottfried had a lot to say about the college transfer market, noting that some players who are getting significant minutes off the bench are still unhappy with their situations. Gottfried, who has had success with incoming transfers to State, said the Wolfpack needs more of the same.

Gottfried also talked about Dennis Smith Jr., the highly anticipated point guard who is expected to have a starring role next season. Smith has rehabbed an ACL injury suffered before he joined the Wolfpack, and the coach speaks on his prized player.

A perhaps surprising development was the lack of discussion about the way the ACC's football divisions are structured.

"There are a lot of other topics that are real, that have steam that we'd probably spend more time on," said N.C. State coach Dave Doeren.