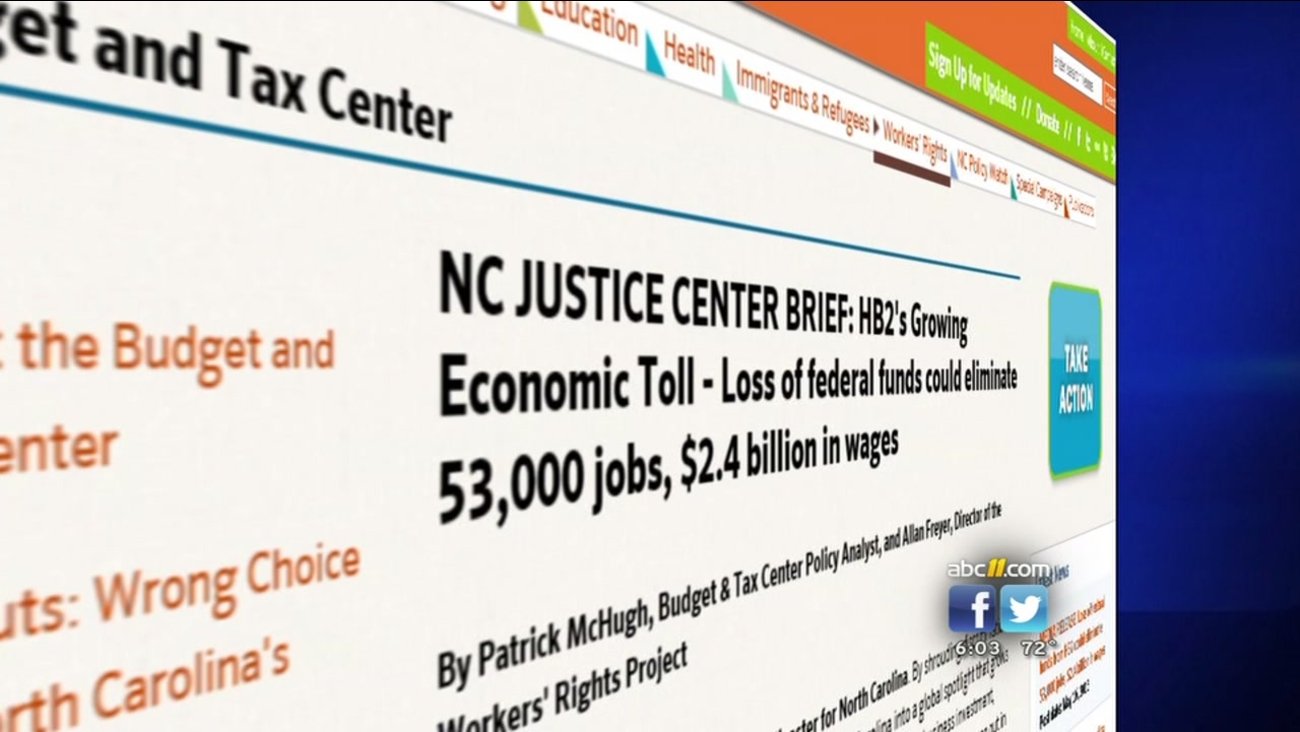 RALEIGH (WTVD) -- Three group, including the ACLU, asked the federal court to immediately stop the enforcement of the bathroom provision of House Bill 2. The groups filed a lawsuit challenging HB2's legality last month.

In Durham on Sunday night, one singer took a bold step in protest of HB2.

Transgender artist Laura Jane Grace burned her birth certificate on stage at Motorco. She is seen on a video smiling as fire devours the document. Meanwhile, the controversial law's financial impact in Wake County is adding up.

The Greater Raleigh Convention and Visitors Bureau is reporting it has lost $3.5 million. The Bureau also said 38 groups have expressed concern about the law and that could bring an economic loss of $35 million.

"53,000 jobs is about half of a whole years' worth of job creation," said NC Justice Center analyst Patrick McHugh. "Just to put that in context, 53,000 jobs is about the same as everyone who's got a job in the City of Greenville getting a pink slip or the City of High Point or City of Asheville. This is a huge impact that were talking about here."

The Justice Department and Gov. Pat McCrory are suing each other right now. However, the federal government is not making any moves that would have an economic impact on the state.

"The Obama Administration has said 'We're not going to threaten anyone with federal money while this is playing out in the courts,' " said Mitch Kokai, director of communications for the John Locke Foundation.