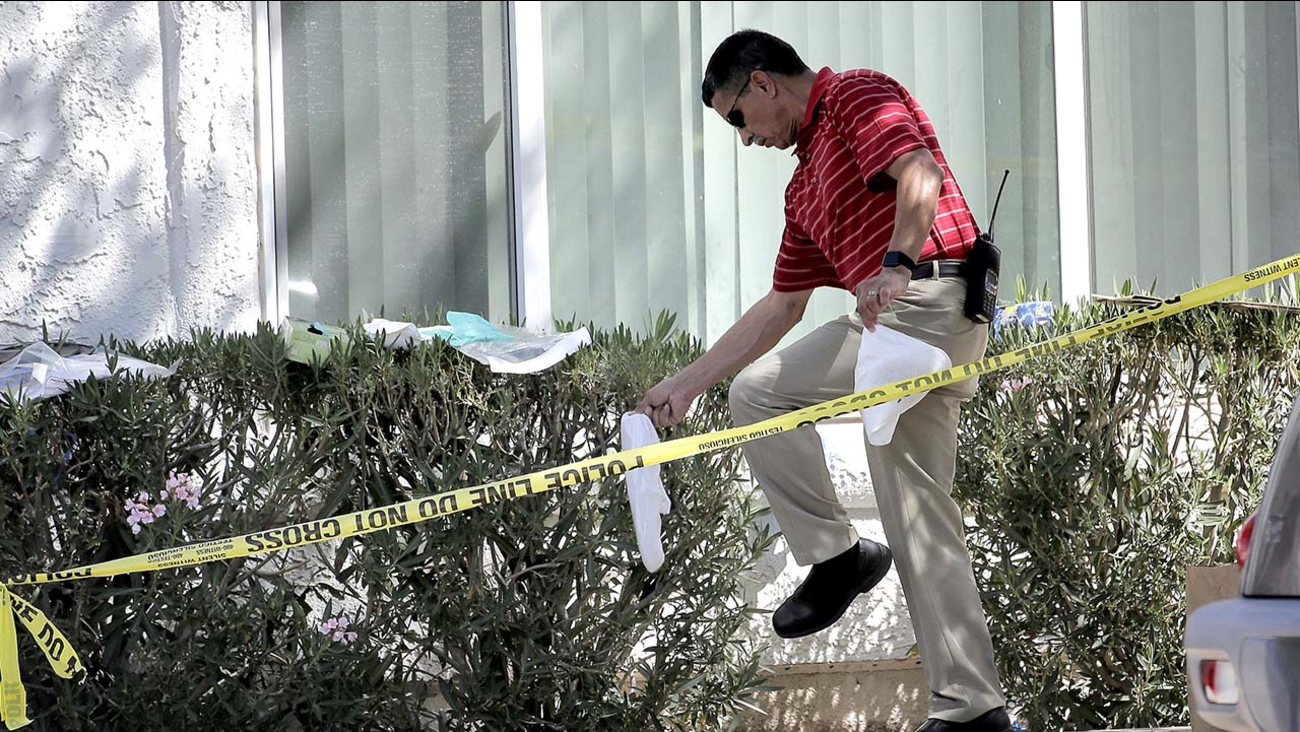 PHOENIX, AZ -- A woman stabbed her three young sons to death and put at least two of the bodies in a closet before she tried to kill herself, police said Thursday.

Sgt. Trent Crump says the 29-year-old woman's brother called 911 after returning to the northwest Phoenix home late Wednesday night and initially being locked out by his sister.

Crump said the brother then got into the home and found his sister with self-inflicted stab wounds. While he was getting towels for her bleeding, she tried to drown herself in a bath tub, Trump said.

Crump said officers found the dead bodies of the boys - ages 5 and 8 years old and 2 months old - in a closet. The youngest boy's body was in a case of some kind in the closet, Crump said.

It was "an absolutely horrific scene for the officers and the brother," Crump said.

The mother was hospitalized in critical condition with neck and abdomen wounds but she is expected to survive, Crump said. ""She will be in the hospital for some time with some very serious self-inflicted injuries. It's a murder investigation at this point."

No identities were released.

When the woman initially spoke with her brother in the garage after he returned home, she was "talking about she had found in life or what she needed in life," Crump said.

The woman's family "have no answers," Crump said. "They don't know what set this off."

The woman and her children live with the woman's brother and the siblings' mother, Crump said. "There's no father in the picture."

The boys were killed during a several hour period Wednesday night after the woman's mother left for work that evening and her brother returned home from work before midnight, the spokesman said.

Crump said police had unconfirmed information that the woman may have been pregnant. "It may have been a reason why she had self-inflicted stab wounds" in the abdomen, he said.