WTVD
By Gloria Rodriguez and the Associated Press 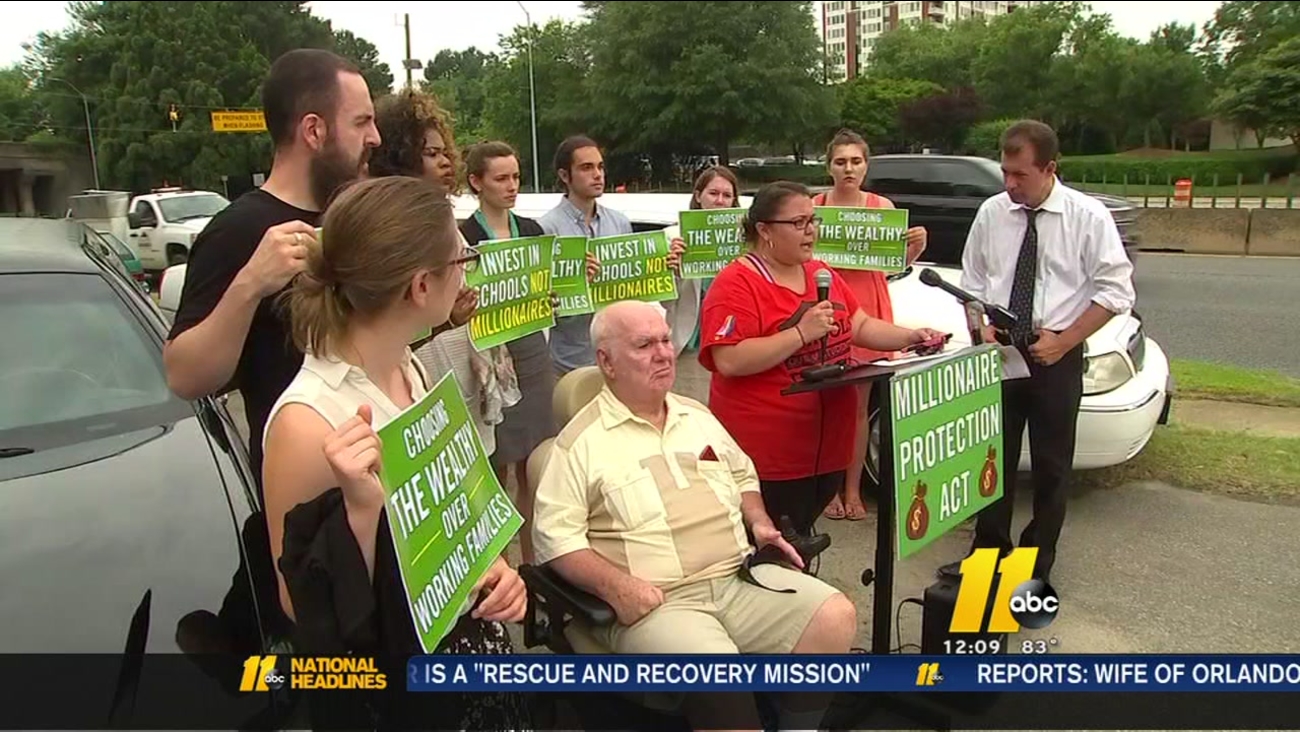 Republicans say the proposed constitutional amendment to cap the personal income tax at 5.5 percent is another step toward tax overhauls designed to lower income tax rates and place greater reliance on sales taxes.

But opponents are calling it the "Millionaire Protection Act," saying it benefits the "limo class." They say the tax system benefits the rich and hurts the working class.

They say they're now paying more in taxes for other services like for car repairs.
"Me and my wife's medical expenses runs about $10k a year," said Wake County Senior Citizen Kenton Cowick. "So whenever you take $1-1,000 out of my savings, you're affecting how I can pay for other services."

The Senate Finance Committee passed a proposal Tuesday to prevent the personal income tax from rising any higher when it drops to 5.499 percent in 2017.

Approval of the plan came despite warnings from the office of the state treasurer that the change could damage the state's coveted bond rating and limit its ability to rebound during economic downturn.

A constitutional amendment requires three-fifths approval of each chamber of the General Assembly to submit the proposal to voters on the general election ballot this November. The current constitutional cap on income tax is 10 percent.

"What this amendment will help us do is continue down the same path that we are on that will continue to make North Carolina the leader in tax reform in the nation," said Sen. Bill Rabon, R-Brunswick, one of the bill's sponsors. "And I think there's a very hard argument to say that it does anything else."

The state treasurer's office disagrees. In a brief to the committee, Treasurer Janet Cowell, a Democrat, wrote that restrictive constitutional limits are viewed as a disadvantage by rating agencies because they limit flexibility of the state to adjust to economic fluctuation.

Deputy Treasurer Greg Gaskins said a constitutional amendment seems unnecessary because the income tax is already scheduled to fall below the proposed cap.

"The General Assembly has already accomplished their purpose; doing this adds nothing more," Gaskins said. "The only thing it does do is potentially raises a future issue is whether or not you can be as flexible as you need to meet the needs of the citizen."

The bill's supporters said the current revenue is fortified with GOP-driven budget cuts and a strong rainy day fund.