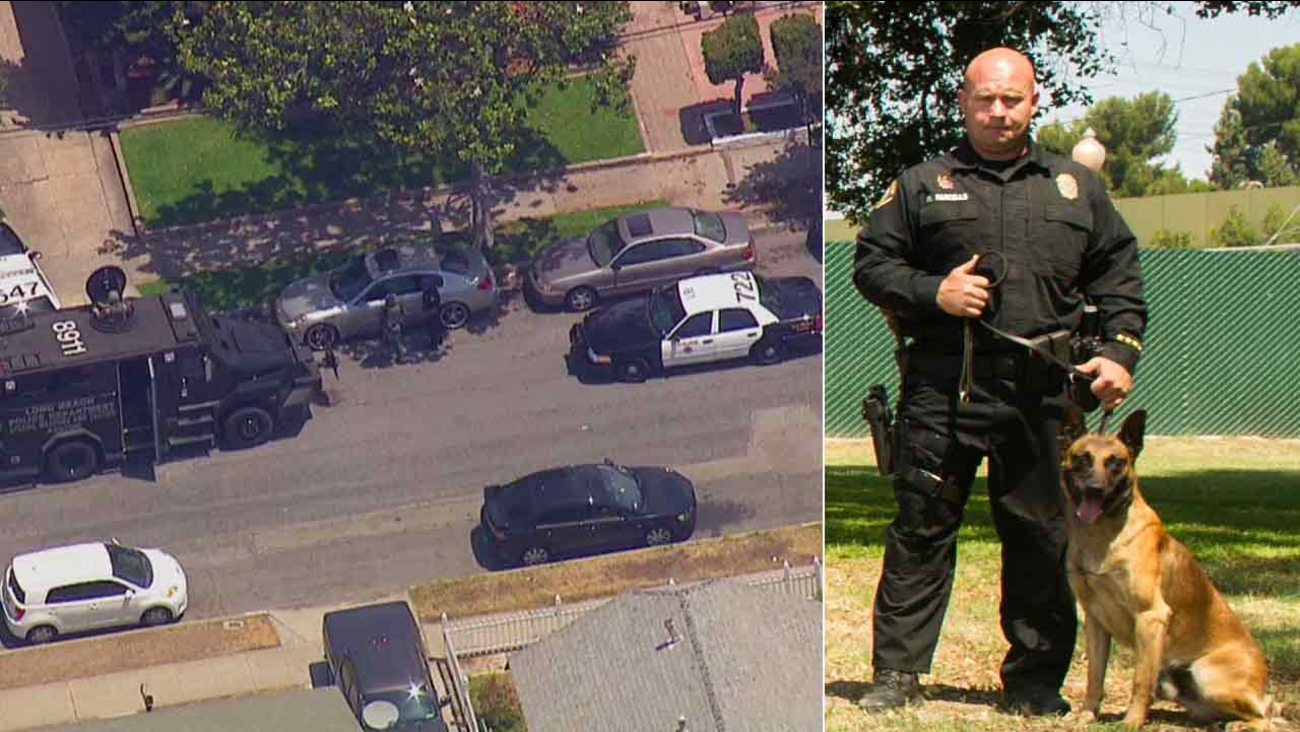 Police vehicles are shown near the scene of an officer-involved shooting in Long Beach on Tuesday, June 28, 2016. Police K-9 Credo, right, was killed during the incident. (KABC)

LONG BEACH, Calif. -- A police K-9 was killed in the line of duty during an investigation surrounding an assault suspect in Long Beach on Tuesday.

The incident began around 9 a.m. near the 2800 block of East 15th Street as officers were investigating a suspect wanted in connection to an assault with a deadly weapon case.

K-9 Credo was a 4-yr-old Belgian Malinois who served the dept for 2-yrs along side his handler Ofc. Mike Parcells. pic.twitter.com/MegmctbEjf

A perimeter was established around an apartment complex in the area, where the suspect was located.

At some point in the investigation, Long Beach police said an officer-involved shooting occurred.

Authorities said a police K-9 was transported to a local animal hospital for treatment. Long Beach police said the dog died from its injuries.

The suspect was transported to a local hospital and later died.

Long Beach police said Credo, a K-9 with the department, was killed in the line of duty on Tuesday, June 28, 2016.

"These K-9s are not just dogs. They are police officers. That's going to weigh heavily on the department," Conant said.

Credo worked with the patrol and narcotics department and was involved in more than 30 apprehensions during his years of service, according to Long Beach police.

A line of officers stood at attention in front of the Signal Hill Animal Hospital to pay their respects to Credo.

Credo was carried out of the animal hospital draped in an American flag with Parcells close behind.