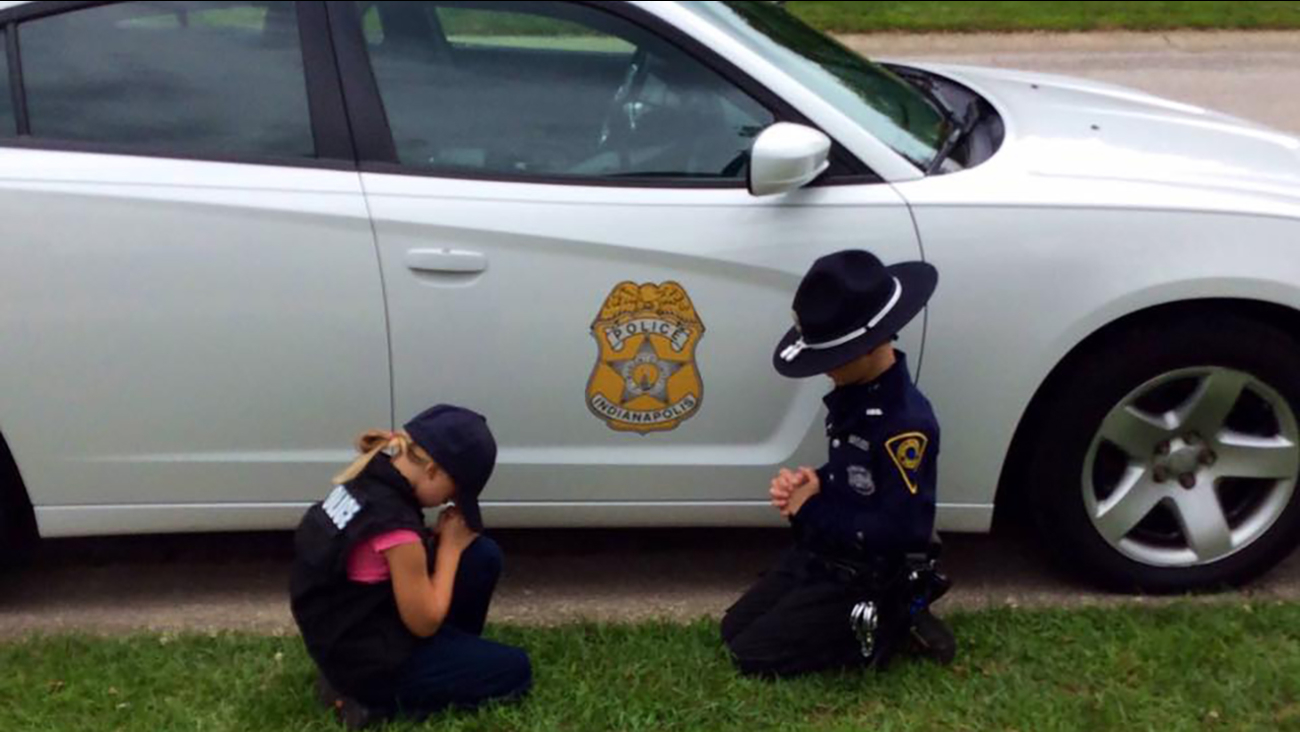 A photo of kids on their knees, "praying their father and all police officers return home safely," according to the caption, was shared thousands of times on social media after recent violence against law enforcement.

The photo was posted by the Indianapolis Metropolitan Police Department on Sunday, the day a gunman killed three police officers in Baton Rouge, and a little more than a week after a sniper killed five law enforcement officials in Dallas.

"In nearly 30 years of law enforcement, I have never witnessed the types of brazen attacks we are seeing against officers," IMPD Police Chief Troy Riggs said in a statement in response to Baton Rouge.