WTVD
By with ABC News 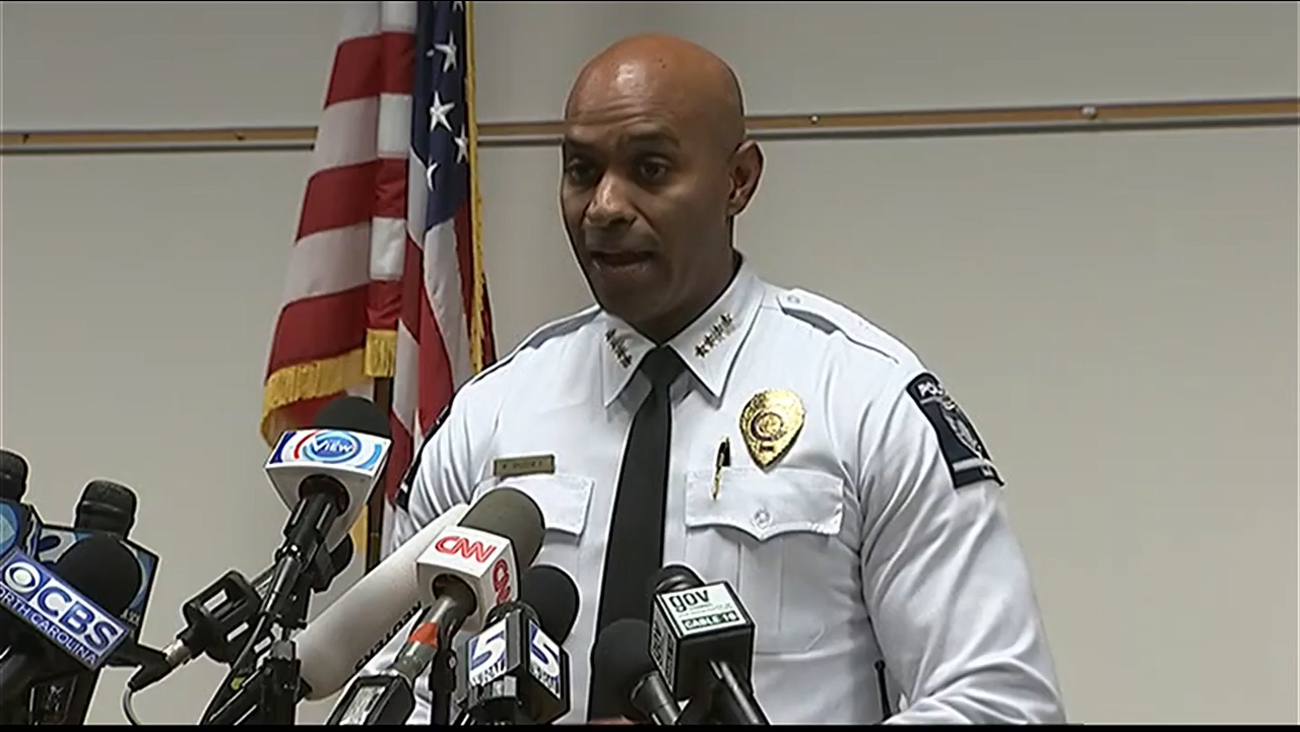 CHARLOTTE (WTVD) -- Charlotte-Mecklenburg police held a news conference Saturday afternoon to give new information on the fatal officer-involved shooting of Keith Lamont Scott. During the conference, Chief Kerr Putney said he would release body cam and dash cam video of the incident. He said the footage should be available "very soon."

The police chief said the officers are "absolutely not being charged by me at this point."

Putney said officers were trying to serve a warrant on someone else, but their attention was drawn to Scott. They saw marijuana and a weapon in Scott's car and said believed, "this is a safety issue for us and the public," the police chief said. Putney said that Scott was "absolutely in possession of a handgun."

He said Scott was shot after he did not follow police commands to drop his weapon.

"At every encounter, people can make a decision to follow loud, verbal commands. They (officers) were reacting to what they saw and they have a duty to do so," Putney said.

Gov. Pat McCrory issued a statement on the police's decision to release the tapes.

"As governor of North Carolina, I concur with the Charlotte police chief's decision to release the tapes. I have been assured by the State Bureau of Investigation that the release will have no material impact on the independent investigation since most of the known witnesses have been interviewed. We have appreciated the ongoing dialogue and team work between state and city officials to seek public transparency while protecting the integrity of the investigation and the rights of all parties involved in this case," McCrory said in a statement.

The police announcement came after hundreds of people gathered in Charlotte's Marshall Park demanding the release of the police video footage, marching peacefully under the hot sun in, chanting and holding signs that said "Release the Tape."

New eyewitness footage showed the aftermath of the shooting. One day after Keith Lamont Scott's wife released cell phone footage of her husband's shooting outside a Charlotte apartment complex, a video taken from a different perspective emerged.