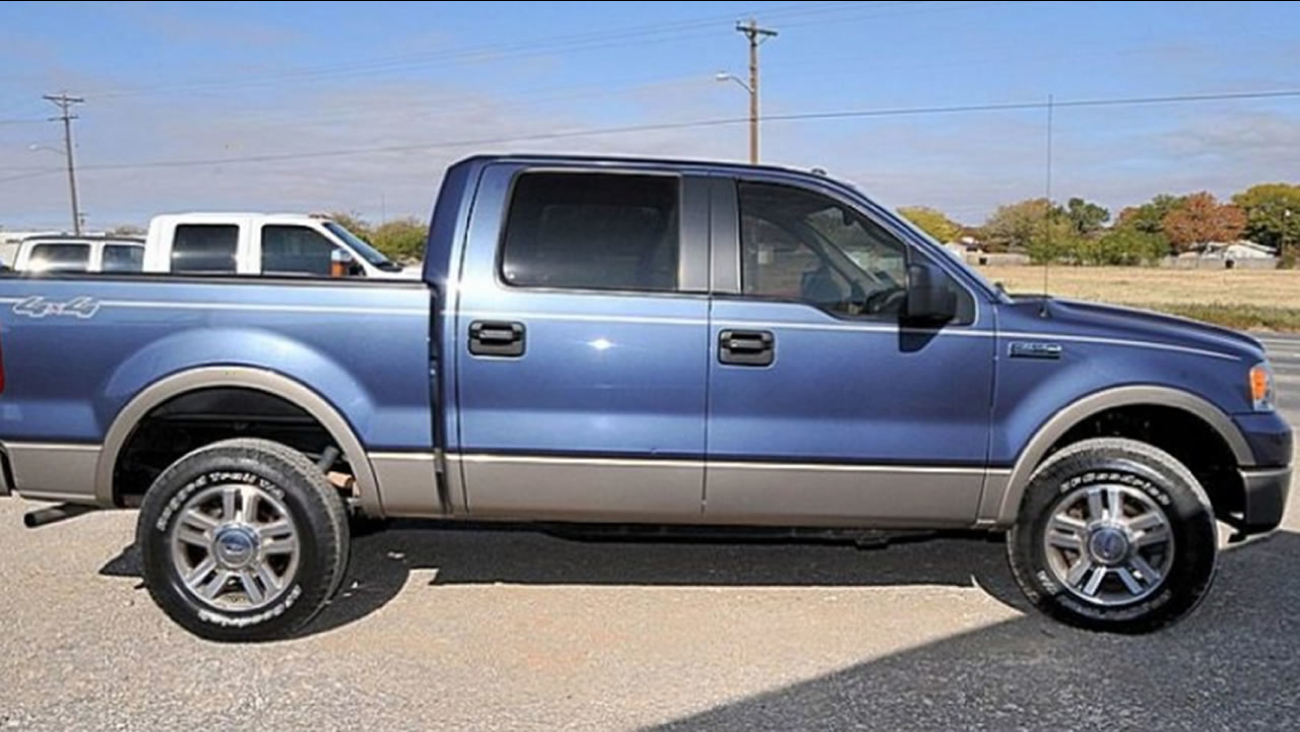 Police say the truck is likely a Ford F-150 similar to this one. (image courtesy Goldsboro Police Department)

GOLDSBORO, NC -- The Goldsboro Police Department is asking for help finding a truck that hit and killed a pedestrian Saturday night.

Investigators said 39-year-old Windom Levi Elliott of Show Low, Arizona was hit along a service road close to US Hwy 70 E around 11:30 p.m. He died at the scene.

Police said the pickup truck that hit him fled the area. Investigators say they believe it's a Ford F-150, 2004 - 2008 year model, possibly with a bed cover. The truck will have front right side (headlight area) and right side-view mirror damage.

Anyone with information is asked to contact Officer M. Marino or Sergeant J. Stine at the Goldsboro Police Department at (919) 580-4273.