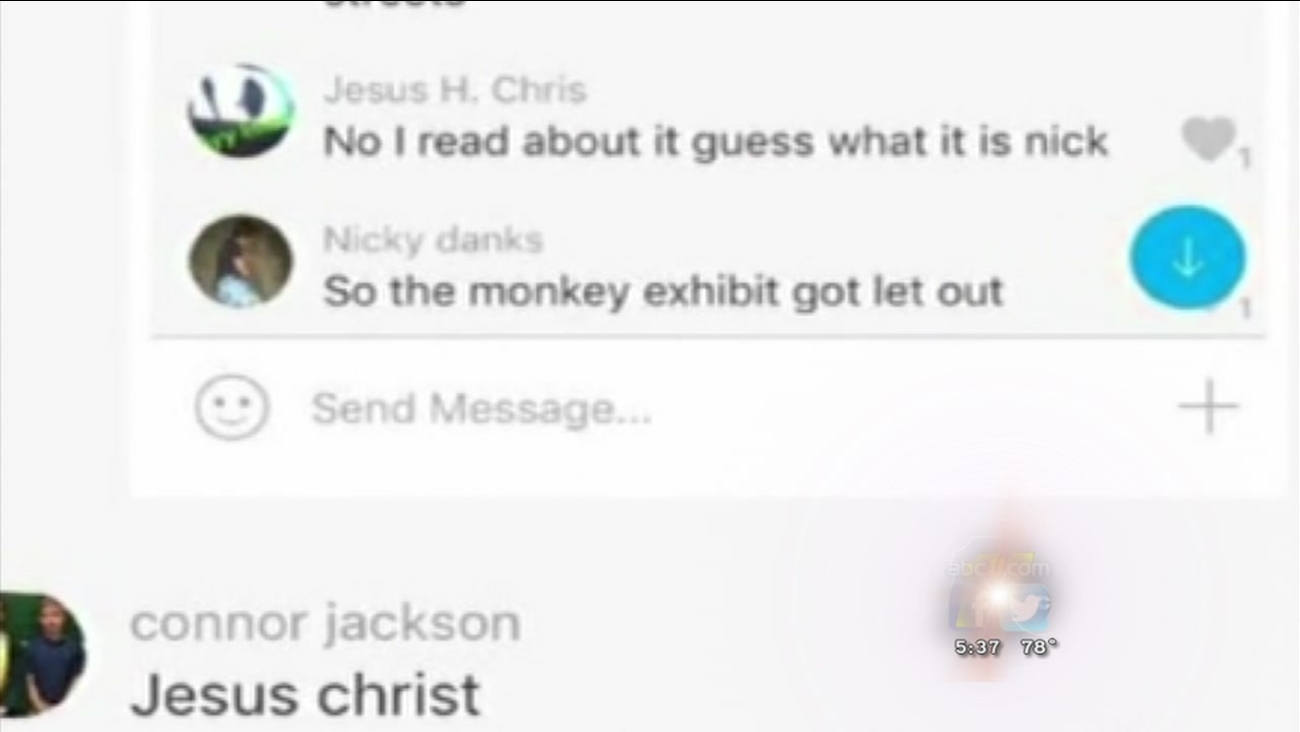 RALEIGH (WTVD) -- NC State Chancellor Randy Woodson was unequivocal in his denunciation of a string of racist messages posted online by a handful of students, but some are wondering if he went far enough.

Students told ABC11 the messages were written in an "underground," racist chat room and came under fire when the comments were posted on other social media sites, such as Twitter.

A message from Chancellor Woodson. pic.twitter.com/dZhyzAdZpu

Some students commended Chancellor Woodson's response but others wondered if he went far enough. Woodson said because of the 1st Amendment, he couldn't punish the students who posted the comments.

Did Chancellor Woodson go far enough in denouncing the students' racist comments instead of punishing them? Share your opinion in our Twitter poll below:

In response to students' racist comments, did the NC State chancellor do enough? https://t.co/1GSZt7BOFu

The students involved issued an apology Wednesday afternoon. Read their statement below:

We want to stress how sorry we are for our actions. We know what we said is very offensive and hurtful to the African-American community here on campus and we acknowledge that someone who we all considered a very close friend will probably never be able to forgive us for the hurt we have caused him. This has been a hard lesson but we have learned from it and are dedicated to making sure this doesn't happen again. We hope to someday have the chance for forgiveness from both that good friend of ours, and the rest of the student body.

We want to say one more time how sorry we are. We're sorry for our words, and we're sorry for how they hurt many people, some of whom are very close to us. The pain we've caused will take a long time to heal; it is just our hope that it will be able to at some point.

**Correction: An earlier version of this story referenced an incident at Kansas State in which two students were expelled for something they posted on social media. The two individuals involved were not students at the university at the time of the incident.
Related topics:
raleighsocial mediaracismnc state
Copyright © 2021 WTVD-TV. All Rights Reserved.
More Videos
From CNN Newsource affiliates
TOP STORIES