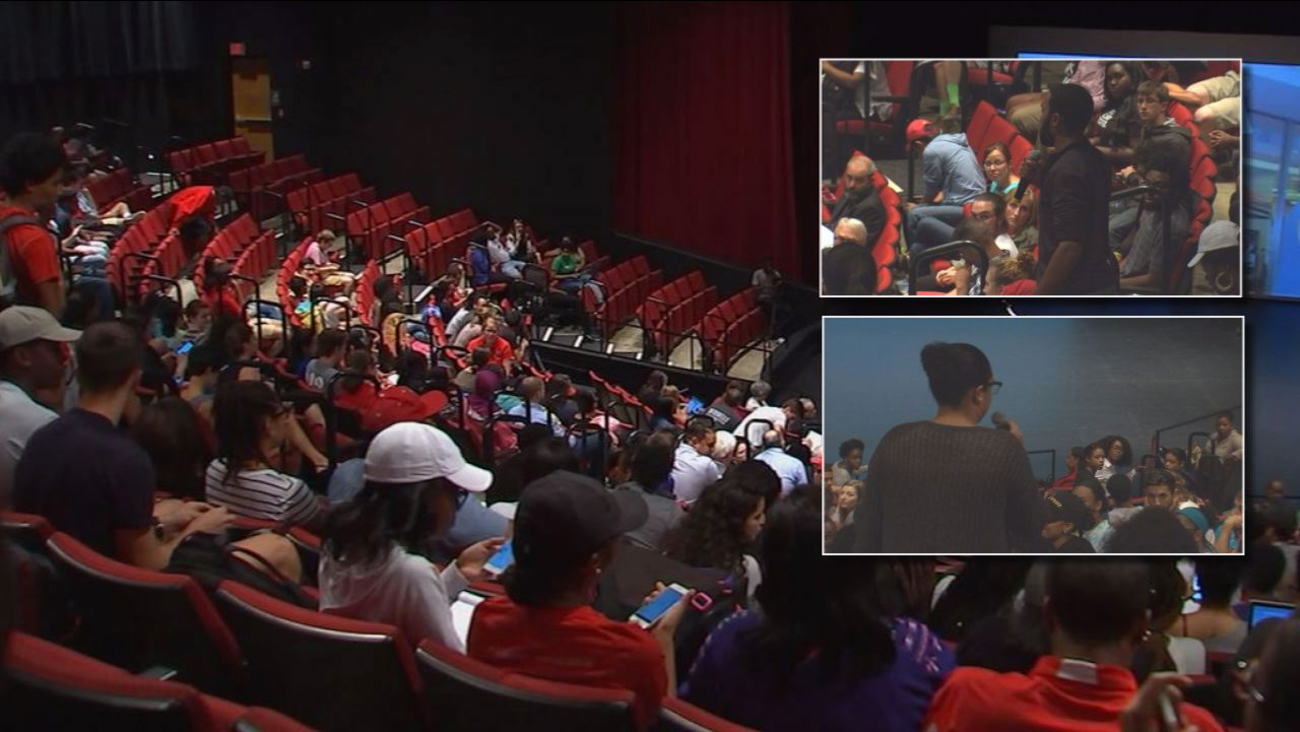 According to students close to the chats, the messages come from two separate conversations, hosted on a messaging app called GroupMe - one of the chats centers on freshmen engineering students, the other a smaller chat among a few freshman roommates.

Simone Wilder is a freshman at State. She said she was a part of the "NCSU 2020 Enginerds" chat for engineering major, when the conversation turned to race after mentions of the die-in protest at the school.

"I am in the comments seeing 'we don't want our school to burn down' and very stereotypical remarks against African-American students so I felt I wanted to speak up," Wilder said.

In screenshots of the conversation, one student comments "Honestly I would feel better going with a gun, I can't lie about that."

Wilder said the conversation brought her to tears.

"I was taken aback by it because here we are trying to be peaceful, and then you were saying you only feel comfortable being around this group of African-Americans with a gun," she said.

"So that just spoke to how the myth of inherent black criminality has really messed up the views of Caucasians toward African-Americans. The type that divides us rather than brings us together because of fear," she added.

At the same time, students tell us, another GroupMe chat called "Sullivan Squad," was also rife with racially charged messages.

Jalen Feaster is a senior at NC State, and his tweet of the "Sullivan Squad" screenshots has been re-tweeted more than 500 times, the screenshots featuring repeated use of the N-word.

Feaster said he decided to share the screenshots after Marcus Lowry, a freshman posted the images to the group for NC State National Society of Black Engineers and said the people holding the chat were his suitemates.

"Students said it's going to take the administration a certain time to actually address the situation. We need to make things move as a student body," Feaster said.

"So a lot of people posting stuff on Instagram, I posted stuff on my Twitter, people posted it on Facebook saying 'hey if you know this individual, you need to talk to them because it is unacceptable.'"

Two of the students involved in the "Sullivan Squad" chat issued an apology Wednesday that read in-part "we're sorry for how they hurt many people, some of whom are very close to us."