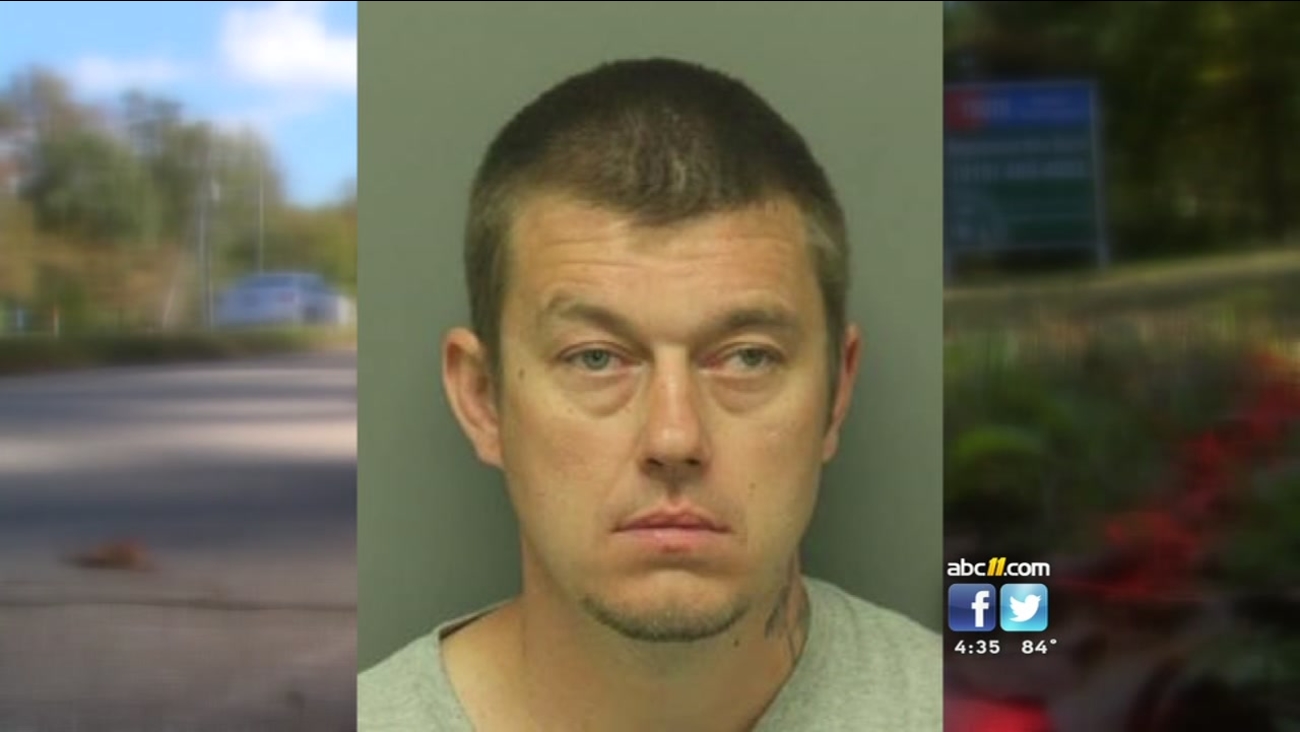 CARY, NC (WTVD) -- The Cary Police Department has charged a Morrisville man with hitting a group of cyclists Monday evening and leaving the scene.

In a 911 call released Tuesday, a caller reports: "Someone drove by in a car and hit them and drove off."

"They're both lying on the ground," the man continues.

A second caller told a 911 operator that he lives in a neighborhood nearby and a man had just driven into his cul-de-sac with a bicycle stuck in his windshield.

Christopher Moore, 33, of Page Street, Morrisville, is charged with two counts of felony hit and run. If convicted, he faces up to four years in prison.