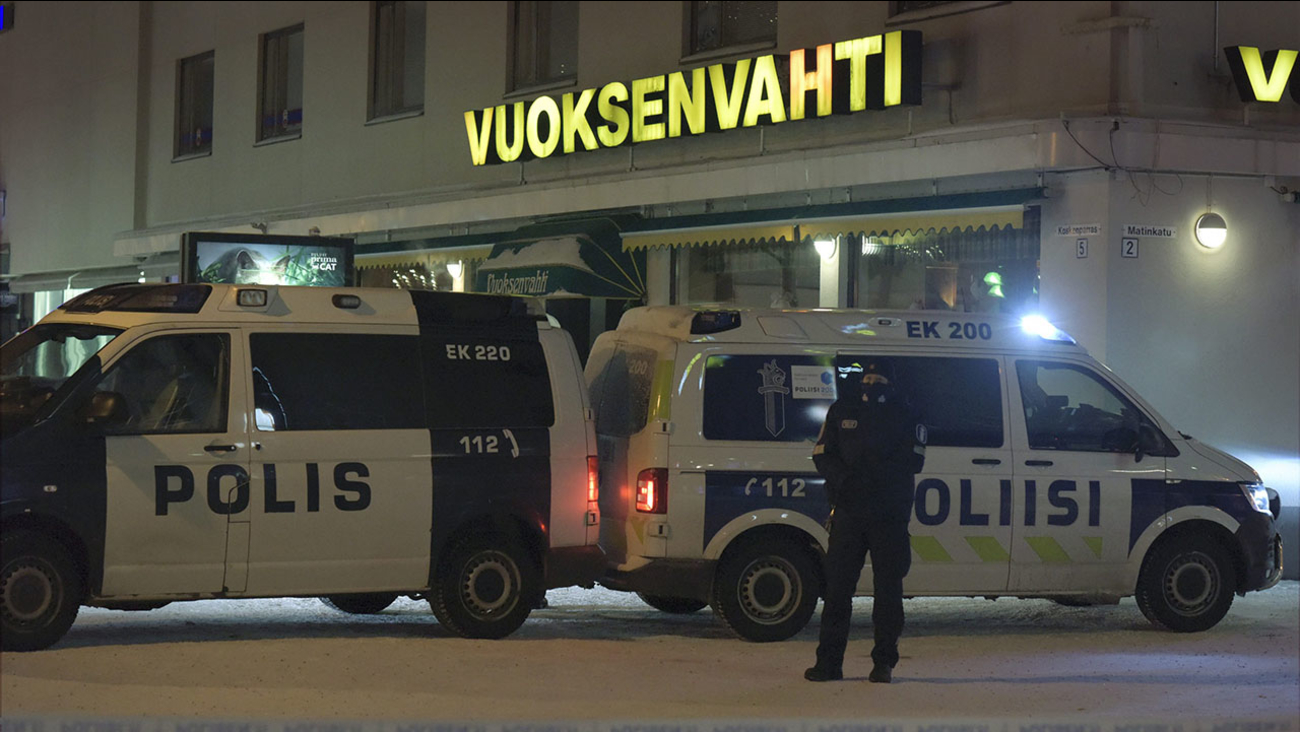 Police guard the area where three women were killed in a shooting incident outside of a restaurant in Imatra, Finland after midnight, Sunday, Dec. 4, 2016. (Hannu Rissanen/Lehtikuva via AP)

HELSINKI (WTVD) -- A gunman killed a local town councilor and two journalists, all women, in an apparent random shooting in a nightlife district in a small town in southeastern Finland, police said Sunday. A male suspect has been detained.

The chairwoman of Imatra Town Council and two local reporters were gunned down in a pedestrian area outside a restaurant in the town just before a police patrol car arrived to the scene around midnight Saturday, police spokeswoman Heli Jamsen-Turkki said. Police said two of the victims were in their early 50s and one was in her 30s.

Police detained a 23-year-old local man who didn't resist arrest. The three victims were shot multiple times in the head and torso with a rifle. There was no known motive.

"We decided to open a crisis center after the shooting occurred right in the middle of the town near restaurants and nightclubs," said Saara Raudasoja, a spokeswoman for the South Karelia Social and Health Care District. "There were people there when it happened. In such a small place, it's quite a huge incident and many people were shocked."