Smith has triple-double as NC State thrashes No. 21 Virginia Tech 104-78 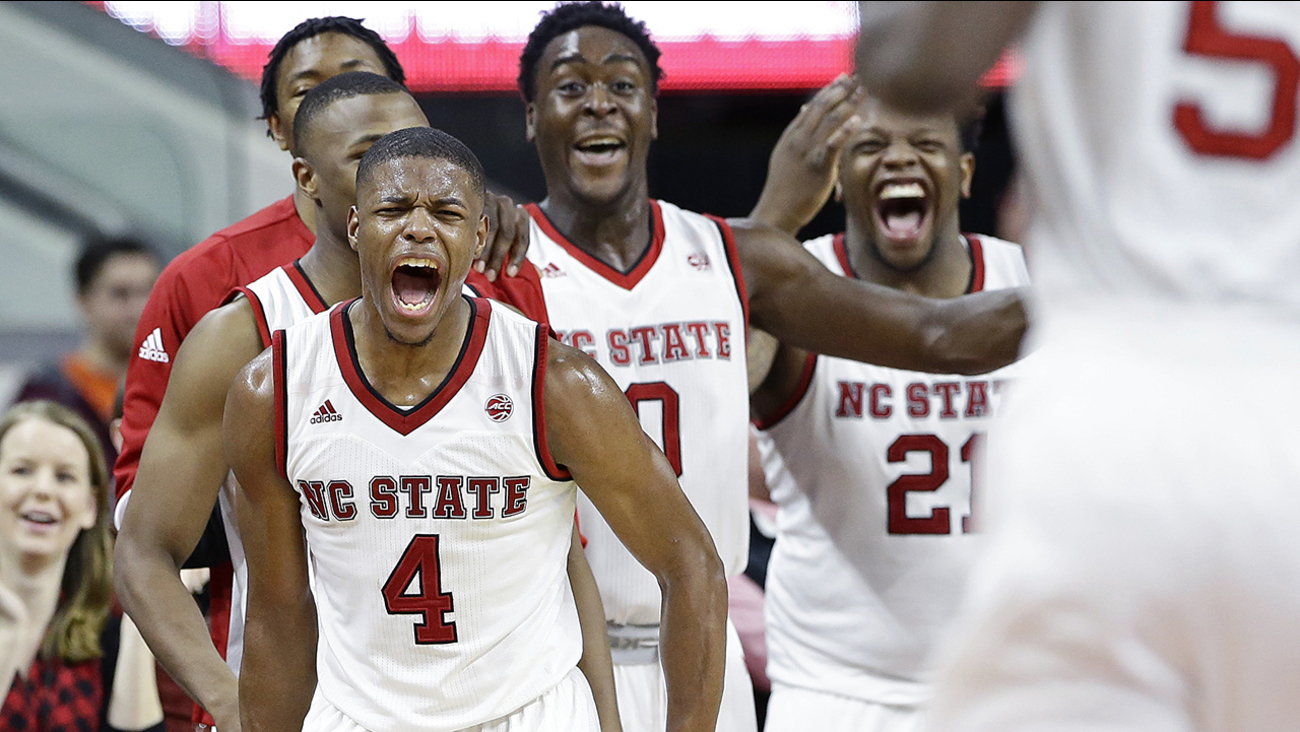 RALEIGH, North Carolina (WTVD) -- Freshman guard Dennis Smith Jr. had 27 points, 11 assists and 11 rebounds for the second triple-double in program history, and North Carolina State rode a dominant first-half performance to a 104-78 victory over No. 21 Virginia Tech on Wednesday night.

The Wolfpack (12-3, 1-1 Atlantic Coast Conference) quickly put on a pedal-to-the-floor show of hot shooting and sharp execution through those first 20 minutes.

Afterwards, someone told Dennis Smith his triple dbl was only the 2nd in @PackMensBball history. His response? "I'm blessed." #abc11

But just about everything went wrong Wednesday, down to 6-foot-10 freshman starter Khadim Sy sitting out after rolling an ankle during the afternoon shootaround.

The Wolfpack's young roster got a rough introduction to league play in a weekend loss at Miami, but this was a reminder of what that potential-filled group can do when it's on.

In addition to Smith's triple-double, Terry Henderson (17 of his 22 points before halftime) got loose early and Abdul-Malik Abu added 20 points and 11 rebounds.

Perhaps the most alarming part of the first half for Virginia Tech was the Hokies' defensive struggles. Too often N.C. State players got to the rim and encountered no last-line defense, at times threatening to turn this into a dunking display for a thrilled home crowd.

Dennis Smith Jr. flushes down two of his 27 points.

In one play that illustrated those troubles, Wolfpack center BeeJay Anya had time to back a defender down from near the elbow to deep in the paint for a hook shot with nary a rotation from a help defender.

Gottfried was asked if he's ever had a player get a triple-dbl & he says he has to check; said Dennis took a huge step forward tonight pic.twitter.com/TT7co646aF

The Wolfpack visit No. 14 North Carolina on Saturday in the next meeting between the longtime Tobacco Road rivals. 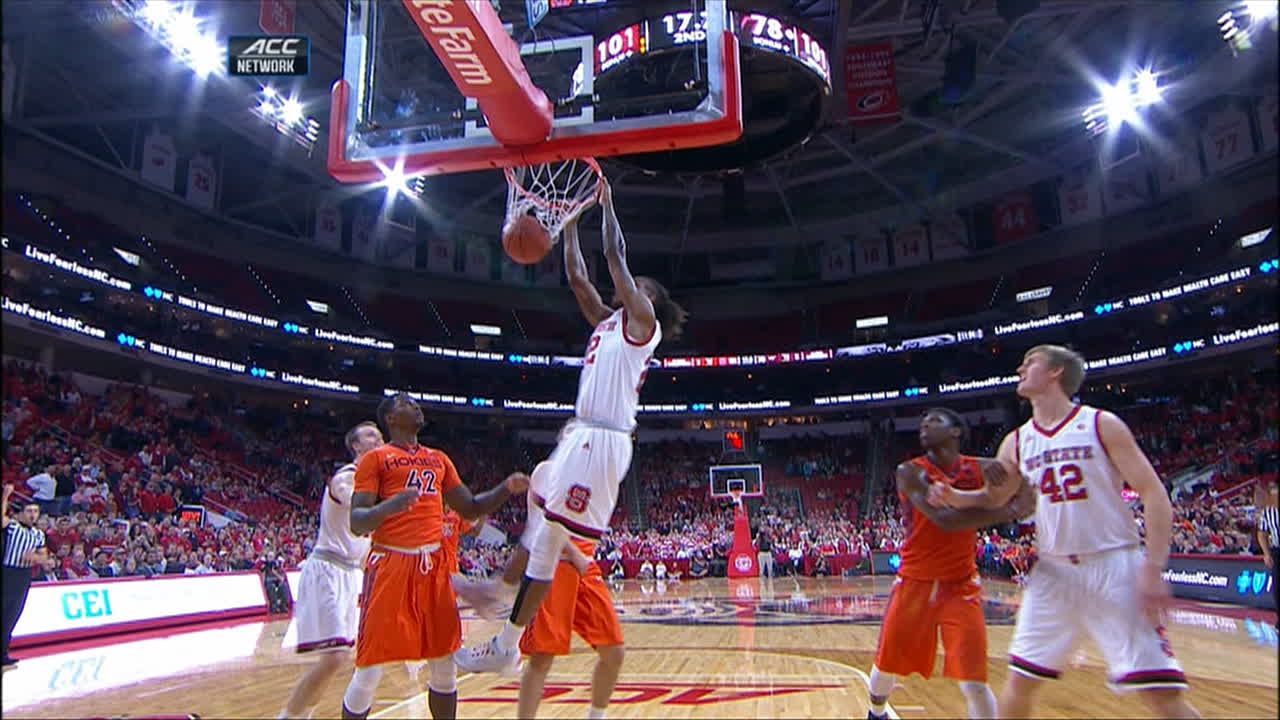