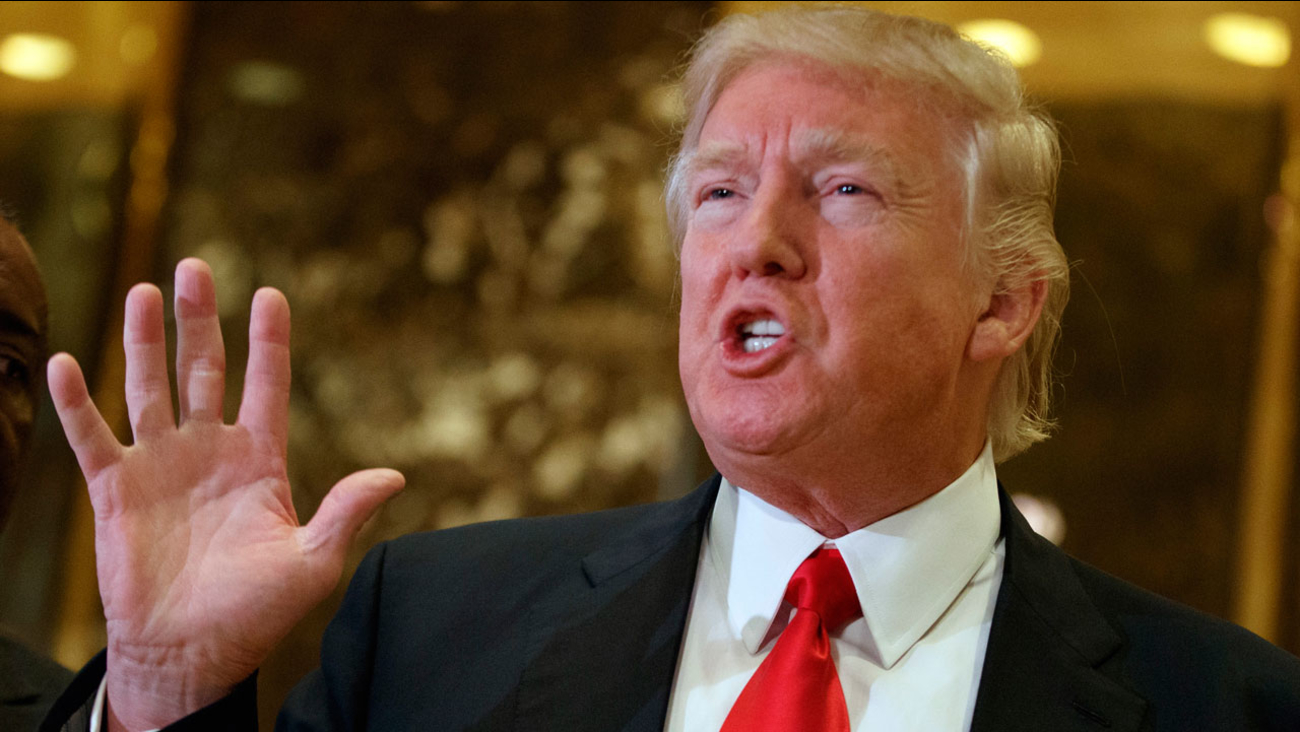 According to a press release, President Trump said the contributions African Americans have made are an integral part of society.

On Wednesday, at a breakfast with African-American supporters marking the start of African-American History Month, Trump described famed 19th century abolitionist Frederick Douglass as "an example of somebody who's done an amazing job and is being recognized more and more."

Trump spoke Wednesday about Douglass -- who died in 1895 -- and Martin Luther King Jr. through the context of the National Museum of African-American History and Culture, the newest Smithsonian museum that opened in 2016.

"I am very proud now that we have a museum on the National Mall where people can learn about Reverend King, so many other things," Trump said. "Frederick Douglass is an example of somebody who's done an amazing job and is being recognized more and more, I notice."

Trump added: "Harriet Tubman, Rosa Parks, and millions more black Americans who made America what it is today. Big impact."

Read the full press release below.

BY THE PRESIDENT OF THE UNITED STATES OF AMERICA

For generations, African Americans have embodied the shared progress of our Nation. Through toil and struggle and with courageous actions that have broken barriers, they have made America a better place to live and work for everybody. Women like Katherine Johnson, a pioneer in space history whose work helped America win the Space Race, and Madam C.J. Walker, who became one of the most successful female entrepreneurs of her time, paved the way for both women and African Americans in their respective fields. Robert Smalls, a man born into slavery, founded our Nation's first free and compulsory public school system. Later in life, he served as a lawmaker in South Carolina's State legislature and the U.S. House of Representatives. The strength and determination of men and women like these remind us that our Nation brims with people whose contributions continue to make it stronger and better.

This year, African American History Month calls upon us to reflect on the crucial role of education in the history of African Americans. It reminds us of the importance of teaching and reflecting upon the many roles African Americans have played in building this Nation and driving it forward. This year's theme also calls upon us to rededicate ourselves to the work of ensuring that all children in this Nation have access to quality educational opportunities that give them the skills, experiences, relationships, and credentials that can empower them to follow in the footsteps of people like Katherine Johnson, Madam C.J. Walker, and Robert Smalls.

As we journey toward a stronger, more united Nation, let us use this commemoration of African American History Month to serve as a reminder of the need for meaningful dialogue and shared commitment to collective action that uplifts and empowers, as well as of the strength, ingenuity, and perseverance required of us in the years to come.

NOW, THEREFORE, I, DONALD J. TRUMP, President of the United States of America, by virtue of the authority vested in me by the Constitution and the laws of the United States, do hereby proclaim February 2017 as National African American History Month. I call upon public officials, educators, librarians, and all the people of the United States to observe this month with appropriate programs, ceremonies, and activities.

IN WITNESS WHEREOF, I have hereunto set my hand this
first day of February, in the year of our Lord two thousand seventeen, and of the Independence of the United States of America the two hundred and forty-first.