DURHAM -- Through all the adversity and distractions, the arrival of the first North Carolina-Duke game of the season comes when both teams seem to be going full speed ahead.

The teams meet Thursday night at Duke's Cameron Indoor Stadium, marking the 143rd consecutive meeting that at least one of the teams is nationally ranked.

No. 8 North Carolina holds first place in the Atlantic Coast Conference while No. 18 Duke has won three games in a row and was proclaimed by coach Mike Krzyzewski to be at full strength.

The Tar Heels (21-4, 9-2 ACC) are the first nationally ranked opponent to visit Duke this season.

"It's an honor to play in this game and to play against a really good team," Duke forward Amile Jefferson said. "We know it's going to be a really huge game and everyone is going to talk it up. It's an amazing game."

The wild atmosphere at Duke (18-5, 6-4) is heightened for the annual arrival of the Tar Heels.

"I've been in a few of them," North Carolina senior forward Isaiah Hicks said. "I know it's going to be very intense."

Yet this marks the third meeting in a row that North Carolina is ranked higher than Duke. That hasn't happened since the 2008 and 2009 seasons.

A chunk of the attention on Duke has followed junior guard Grayson Allen, who missed a game earlier in the season for a suspension related to a third tripping incident across two seasons.

The light cast on Allen has largely been critical of his actions, but North Carolina coach Roy Williams came to his defense this week.

"It has been way, way, way blown out of proportion," Williams said. "He's a wonderful kid, who he himself and (Krzyzewski) have said, he has made mistakes."

ESPN sets up at Cameron Indoor Stadium ahead of UNC's visit to Duke.

Allen led Duke in scoring in both meetings with North Carolina last season, tallying 23 and 29 points.

Krzyzewski will be in his second game back on the bench since missing about a month following back surgery in early January.

"I think they're getting more and more comfortable with each other," Krzyzewski said of his players.

There's the usual familiarity among the teams, if for no other reason than the fact that many of the players were recruited by both schools. Duke has a younger lineup, with North Carolina's roster holding a veteran element.

"I probably know the kids on that team better than any team we play," Williams said. "We know that's a major, major challenge to say the least."

Tar Heels guard Theo Pinson, who has missed the past three games with an ankle injury, could be ready to return to action, though his status might be a game-day decision.

Duke has won four of the last five meetings and 11 of the last 15 matchups, but North Carolina won a year ago in Durham 76-72 en route to finishing first in the ACC regular-season standings.

High stakes for UNC, Duke in rivalry game
Sure, North Carolina vs. Duke is always a big deal. But Thursday's installment of this classic rivalry offers a chance for each of these teams to make a major statement as March approaches.
Related topics:
sportsdurhamuncdukeespnnorth carolina tar heelsduke blue devilsmens college basketball
Copyright © 2021 ESPN Internet Ventures. All rights reserved.
RELATED 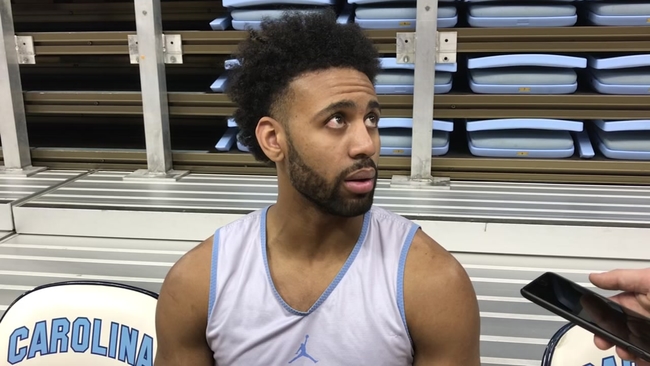 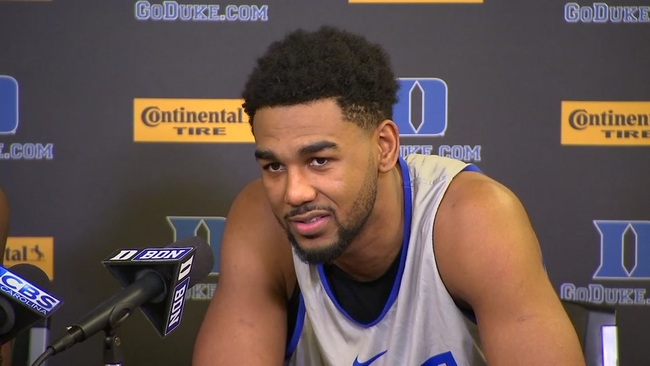 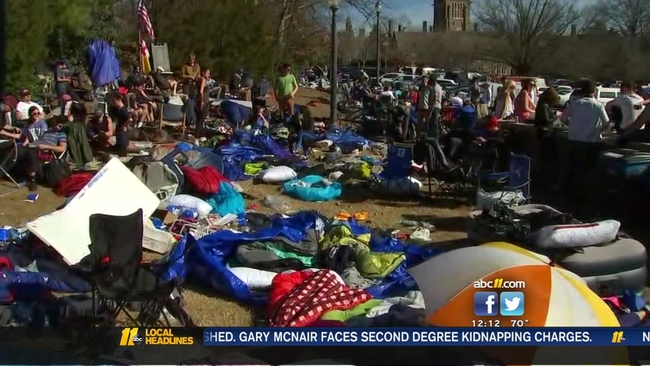