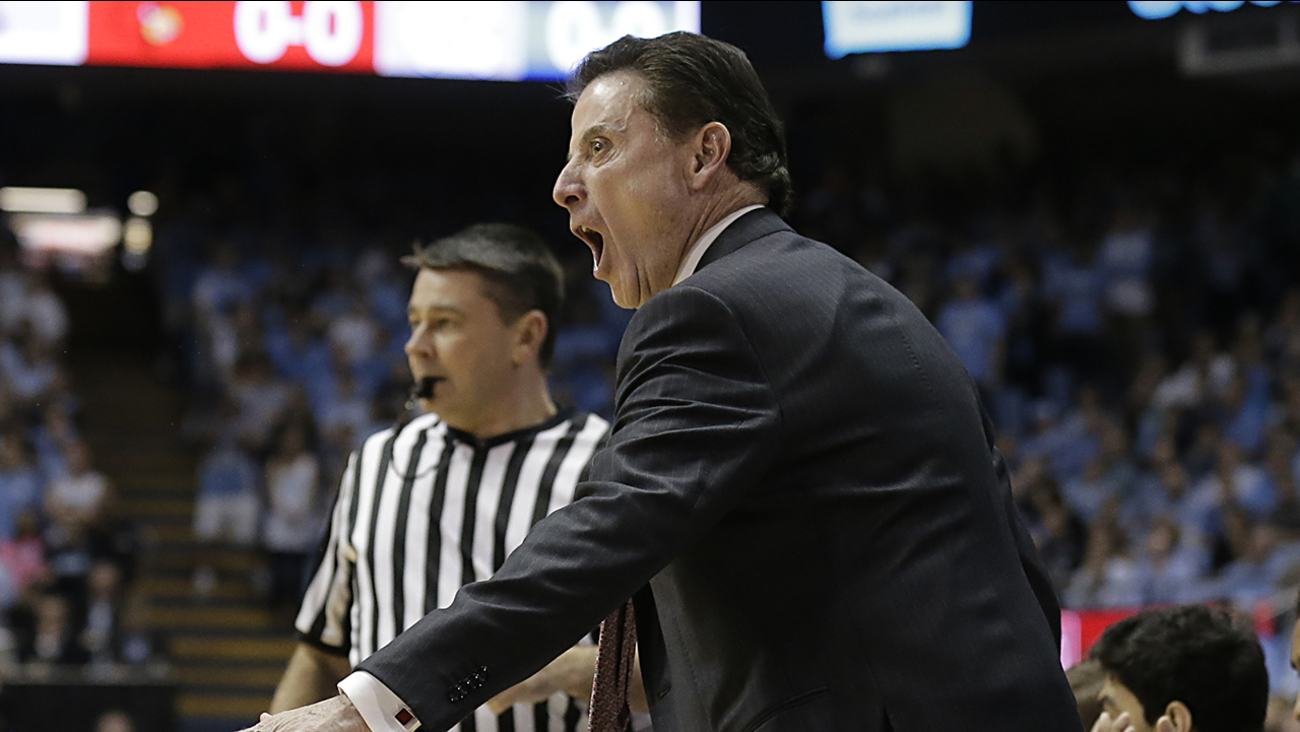 Louisville coach Rick Pitino got into it with a UNC fan at halftime. (Gerry Broome)

UNC's Matt Bowers said the fan was ejected shortly after the incident, which occurred as Pitino was leaving the court for halftime.

"I've always said this is the classiest place in college basketball until I met a fan on the way out," Pitino said following the game. "It always reminded me of a class place, but they're getting just like some of the other places now."

Video showed an animated Pitino shouting toward the seats and being restrained by his coaching staff before being led into the tunnel.

Pitino himself said afterwards he was mad at what the guy said about him, not any player. Don't know where the other is coming from.

"But North Carolina is a classy place and he doesn't speak for the rest of the people."

Said Tar Heels coach Roy Williams: "I don't like that; we're North Carolina, we don't have to be like everybody else. I hope that never happens again at North Carolina."

Williams said he apologized to Pitino for what was said. 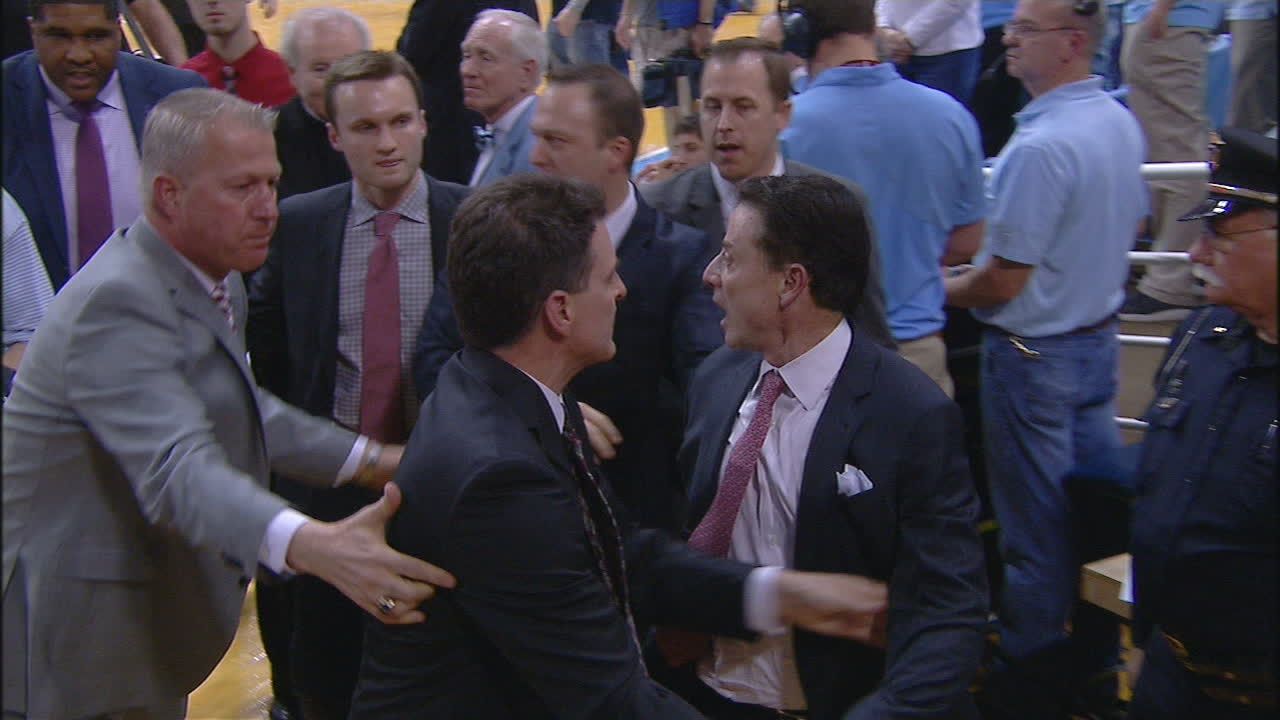