Poachers break into French zoo, kill rhino for its horn 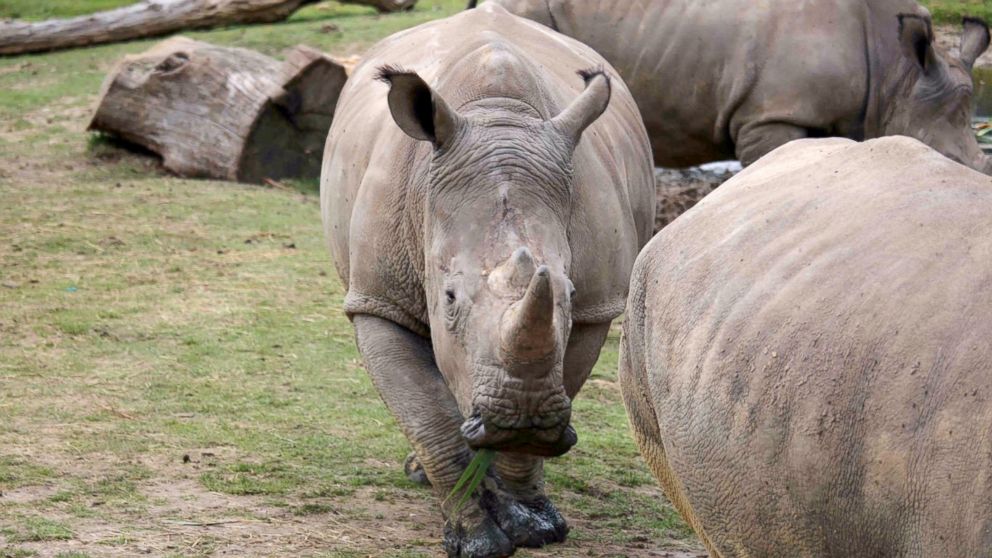 PARIS (WTVD) -- Poachers broke into a zoo outside Paris overnight and shot and killed a rhinoceros before cutting off one of its horns, zoo officials said Tuesday.

The brazen incident is believed to be the first instance of rhino poaching in Europe.

The Thoiry Zoo, in the suburbs west of Paris, said in a statement that the poachers cut off part of the rhino's second horn too but appeared to have been interrupted or had defective equipment.

Vince, the 4-year-old male white rhino that was killed, mostly likely had his horn taken off with a chainsaw, according to the zoo.

The zoo director said the rhinoceros had been shot three times in the head by poachers.

World Wildlife Fund, an international environmental organization that categorizes endangered species and supports conservation efforts, lists white rhinos as "near threatened" rather than endangered and cites poaching as one of the biggest threats to the species.

"White rhinos are a spectacular conservation success story, but the current poaching crisis could reverse all of our conservation gains," Matthew Lewis, an African-species expert wrote on WWF's website.

After rebounding from the brink of extinction, white rhinos number more than 20,000, most of them in wildlife preserves, according to the WWF.

The French government published a decree in August 2016 prohibiting the transport or sale of elephant ivory or rhinoceros horn.

Duguet says police are investigating and the suspects still are at large.

The Thoiry Zoo is famous for its safari park that can only be explored from inside a vehicle.

No one has been arrested yet in connection to the incident, zoo officials said.

According to Le Parisien newspaper, a rhinoceros horn can be sold for up to 40,000 euros on the black market because of a strong demand linked to the belief that the horns have aphrodisiac powers.