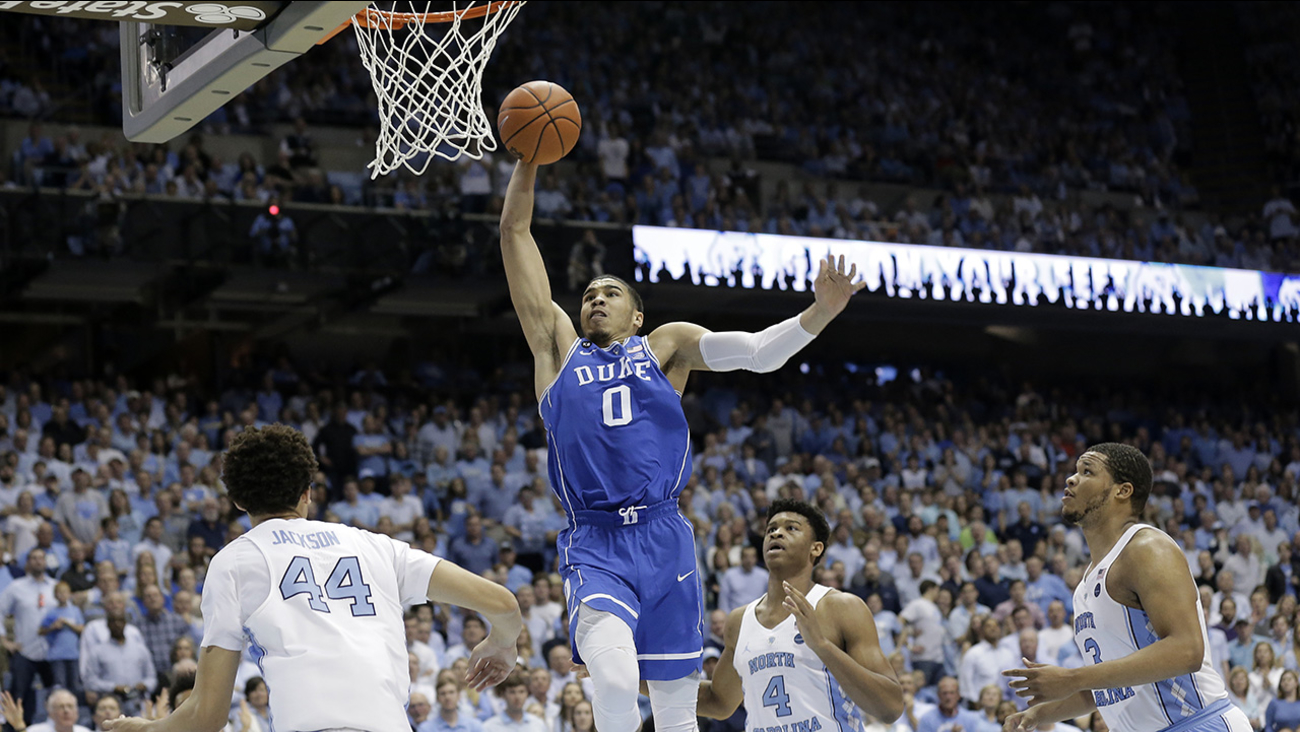 Tar Heel fans will probably be glad to see Jayson Tatum leaving Duke. Tatum averaged 18.7 points and seven rebounds per game in three meetings with UNC in his one season at Duke. (Gerry Broome)

The school tweeted the news with a quote from coach Mike Krzyzewski saying, "I absolutely loved coaching Jayson Tatum. His skill set and work ethic will make him a star in the NBA."

Tatum, a 6-foot-8 small forward, is expected to be a lottery pick in June's NBA draft.

Tatum averaged 16.8 points and 7.3 rebounds during his one season in Durham. He missed the first eight games of the season with a foot sprain but scored in double figures in all but three games the rest of the season.

Tatum is the 10th Duke freshman to declare for the NBA draft, with Brandon Ingram (2016) being the most recent. Ingram is now with the Los Angeles Lakers.

"I'm excited to take the next step in pursuing my lifelong dream of playing basketball at the highest possible level," Tatum said in a statement. "With that said, I've loved my time at Duke. The Brotherhood is a real thing and I'll always be part of the bond between former, current and future Duke players.

"I want to thank my teammates, coaches, family and friends for the unwavering support I've received as I pursue my dream," Tatum added.

Duke has produced at least one first-round NBA draft pick in each of the past six years. Krzyzewski has mentored 32 first-round picks, including a draft-record 21 lottery selections.