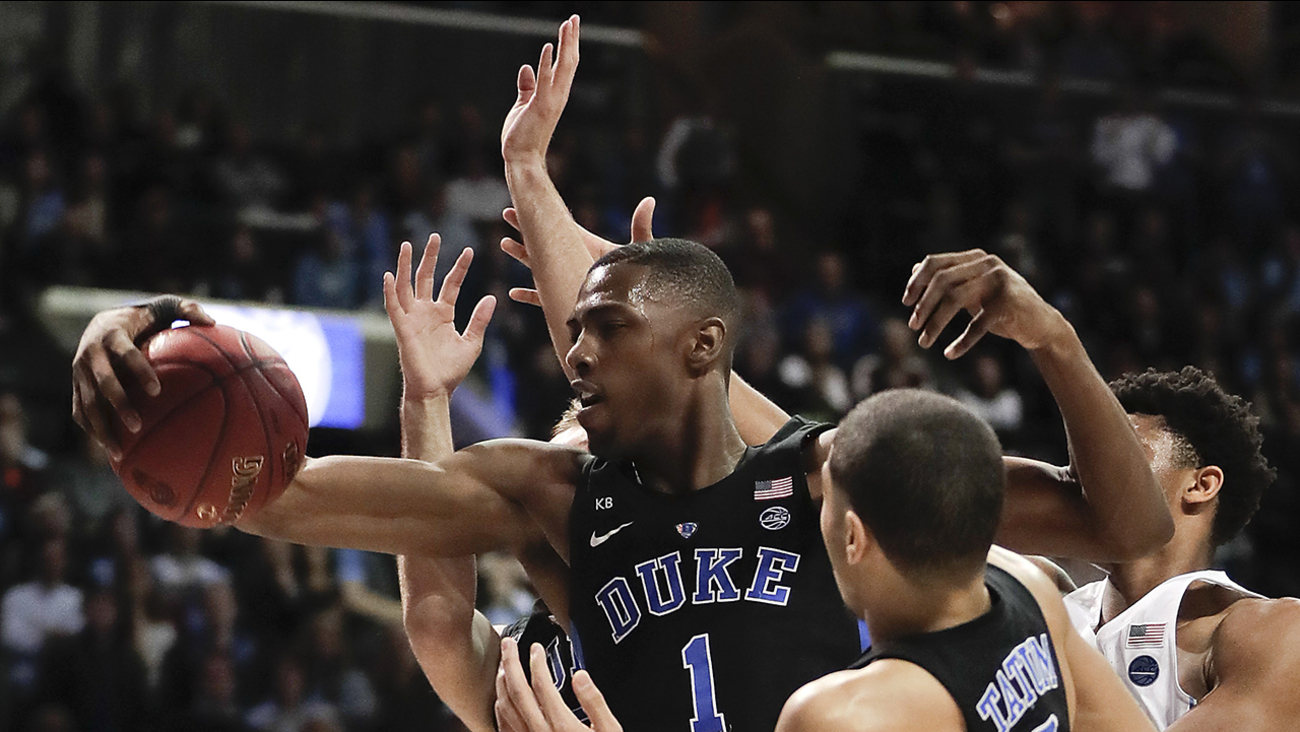 DURHAM, North Carolina (WTVD) -- Duke forward Harry Giles is entering the NBA draft following a freshman season that was slowed because of a knee surgery.

Giles announced his decision Tuesday, and team spokesman Cory Walton says he plans to hire an agent. That means Giles won't have the option to return for his sophomore year.

The 6-foot-10 Giles, who missed two seasons in high school because of a pair of torn ACLs, sat out the first 11 games this year because of a third knee injury. He was ranked as the No. 1 player in the freshman class by ESPN.

"Playing in the NBA has been my goal for as long as I can remember, and I'm so excited to take the next step in that journey," Giles said in a statement. "My time at Duke has been a dream come true."

He made only six starts at Duke, averaging 3.9 points and 3.8 rebounds while shooting 58 percent. Still, his talent is undeniable.

"With his uplifting personality and love for the game, Harry Giles has been a joy to coach," Duke coach Mike Krzyzewski said in a statement. "He is only beginning to scratch the surface of how good he can be on the basketball court. Harry has an exciting NBA future ahead of him and we are here to fully support him as a member of our brotherhood."

He joins Jayson Tatum as one-and-done players from the Duke team that won the Atlantic Coast Conference Tournament for its record 20th league title, but lost to South Carolina in the second round of the NCAA tournament.

Multiple NBA executives told ESPN that Giles is likely to be taken in the latter half of the first round, and ESPN Insider Chad Ford ranks Giles as the 14th-best prospect in the NBA draft.

Krzyzewski called the move "an anticipated decision" on Tuesday.

Obi is on track to graduate and will be immediately eligible at his new school.

He didn't play in any games this season, with all 10 of his appearances with Duke coming in 2015-16. He averaged 2.7 minutes that season.

He's transferring for the second time in his injury-plagued career. While at Rice in 2013-14, he led Conference USA in rebounding before transferring to Duke and redshirting during its national title season in 2015.

Obi is the third player leaving the program early in the past week. Jayson Tatum entered the NBA draft and Chase Jeter announced plans to transfer.