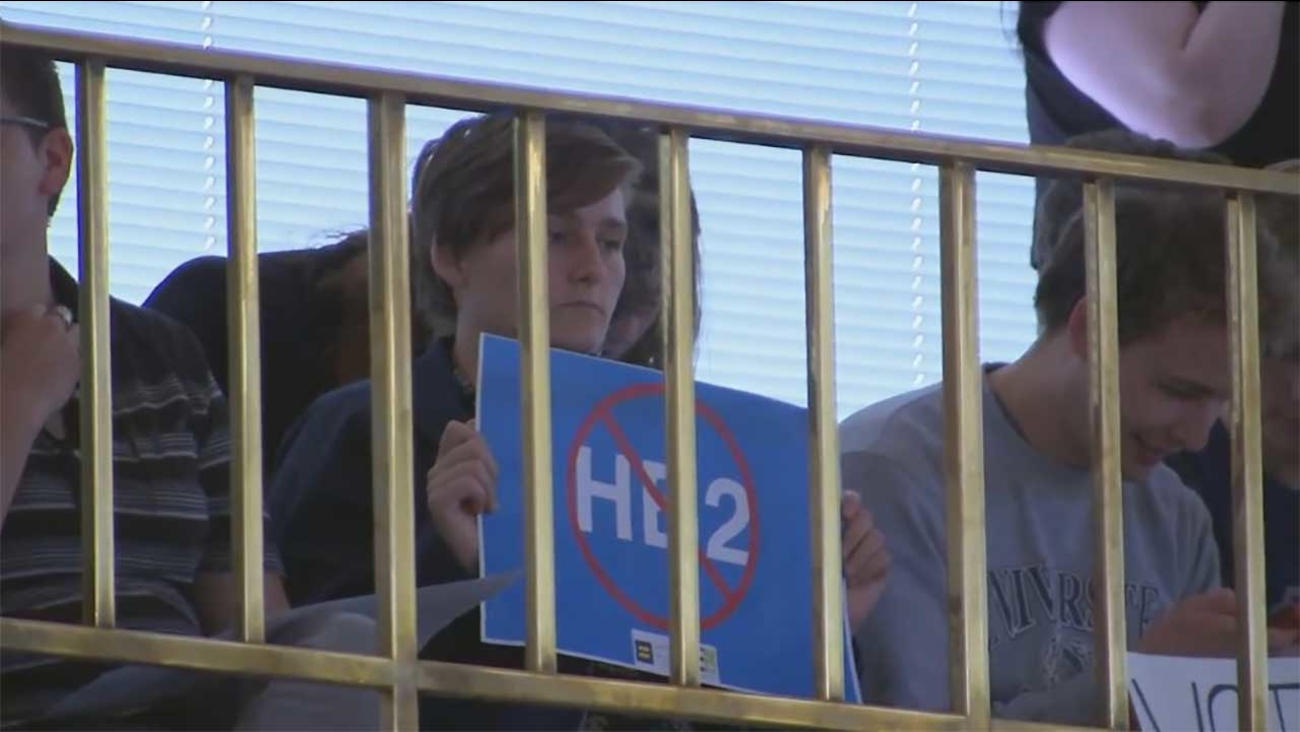 A protester sits in the North Carolina Senate gallery while lawmakers debate the repeal of HB2, Thursday, March 30, 2018.

Several groups on the right and left have come out against HB142, a compromise and repeal HB2 bill.

"Nobody is ever completely happy. I'm 95% happy what this bill does" -#SpeakerMoore on compromise. Legislation now w/ @NC_Governor #abc11 pic.twitter.com/aRmspwHG6K 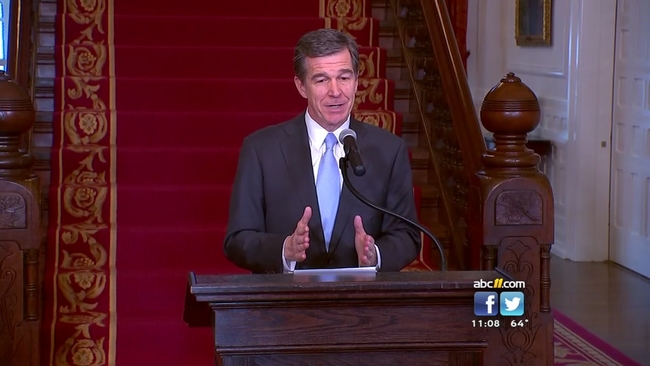