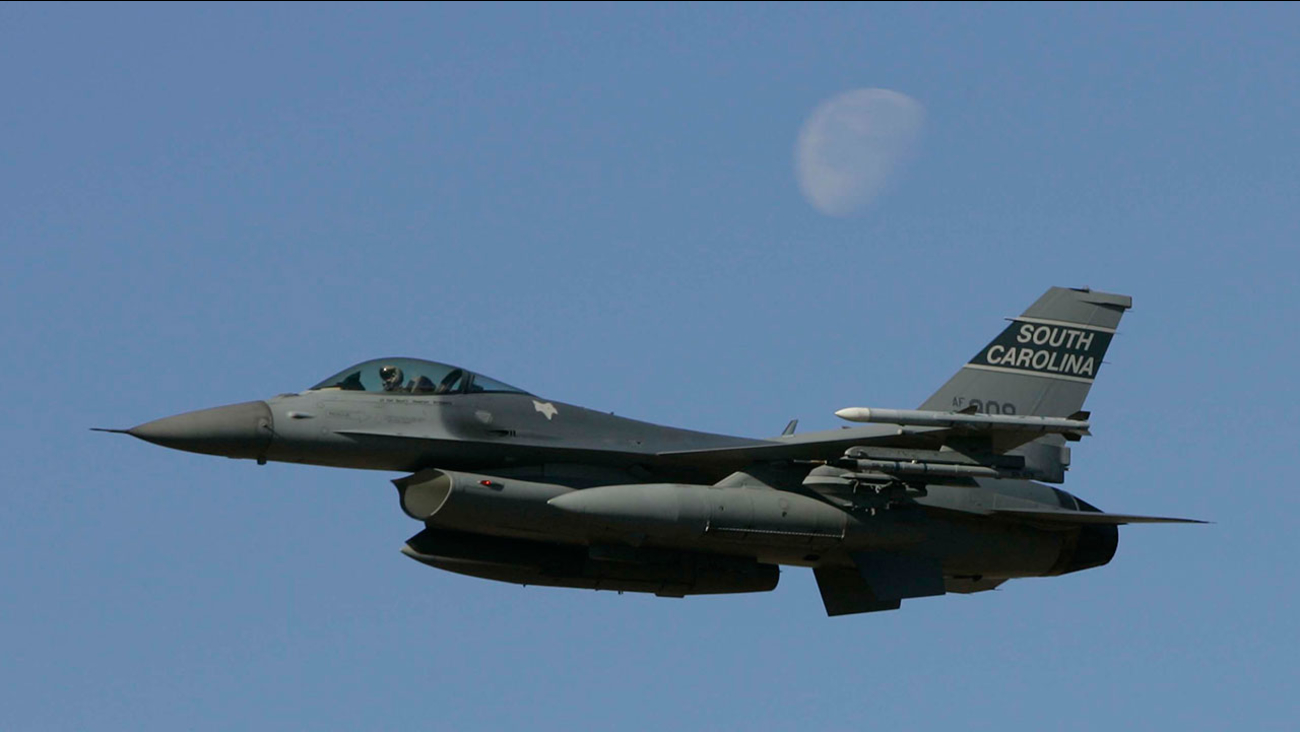 The collision happened Tuesday night around 9:15 p.m. during routine night-flying operations over a military operating area in Jefferson County, Georgia, the Air National Guard said in a news release.

The two male pilots were brought to a hospital, said 1st Lt. Stephen Hudson, a spokesman for the Guard.

"They were taken to a local hospital for observation," Hudson said. "Apparently there were no major injuries."

There were no immediate reports of injuries on the ground.

The pilots were conducting a training mission over Georgia airspace in an area known as the Townsend Range, Hudson said. The region is used by the South Carolina Air National Guard for such training.

"We are dealing with two crash sites," Hudson said, adding that officials from the South Carolina Air National Guard were traveling to the area Wednesday morning.

The collision comes after both of the military's precision flying teams suffered crashes last week.

A Blue Angels F/A-18 crashed last Thursday near Nashville, Tennessee, while taking off for a practice session. The pilot, Marine Capt. Jeff Kuss, was killed.

Also Thursday, a Thunderbirds F-16 crashed outside Colorado Springs, Colorado, but that pilot, Maj. Alex Turner, ejected safely. The Thunderbirds had just performed over the open-air graduation ceremony at the nearby Air Force Academy, where President Barack Obama spoke.