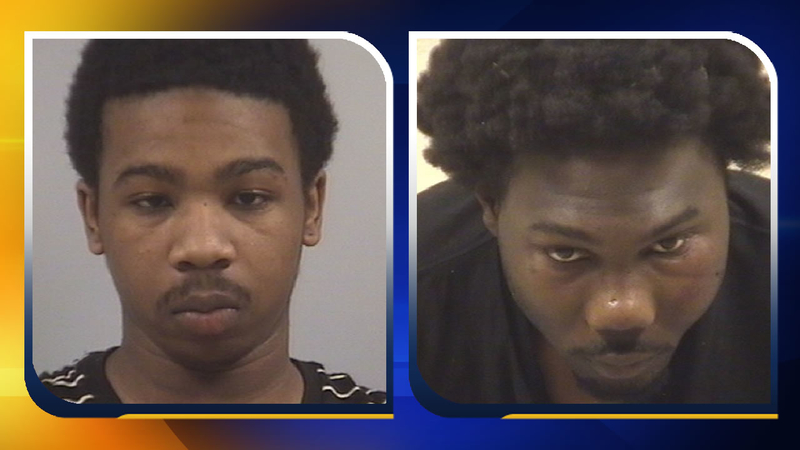 SMITHFIELD, NC (WTVD) -- Johnston County Sheriff Steve Bizzell says three men in a car shot at one of his deputies and then tried to run her over.

"This is another example of law enforcement officers putting their lives at risk and in danger everyday patrolling our communities keeping our citizens safe" said Sheriff Bizzell.

It happened around 10 p.m. Monday on Cleveland Rd. near Barber Mill Rd. south of Clayton when the deputy tried to pull the car over.

The car took off and someone inside fired a shot at the deputy as she followed it down Spaniel lane which ends in a cul-de-sac.

That's when the three men inside got out and ran.

One was caught right away. A second was captured after a dog was brought to help in the search. The third is still on the loose.