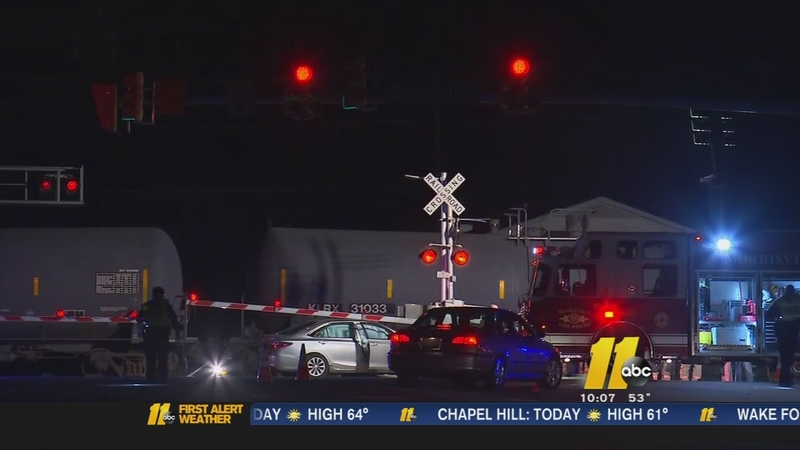 Train slams into car in Morrisville

It happened around 8 p.m. Saturday night.

Officials released the names of the victims early Sunday morning. William L. Flint, 86, and Dorothy L. Flint, 83, of Cary, were both killed from the collision.

When our crew arrived on scene the smashed car was wedged in the crossarms.

Officials said there was no malfunction with the arms on the tracks and that the crash appears accidental.

"It's looks like they just made a wrong turn and ended up on the track when the train was coming and were unable to move their vehicle," said spokesperson Stephanie Smith.