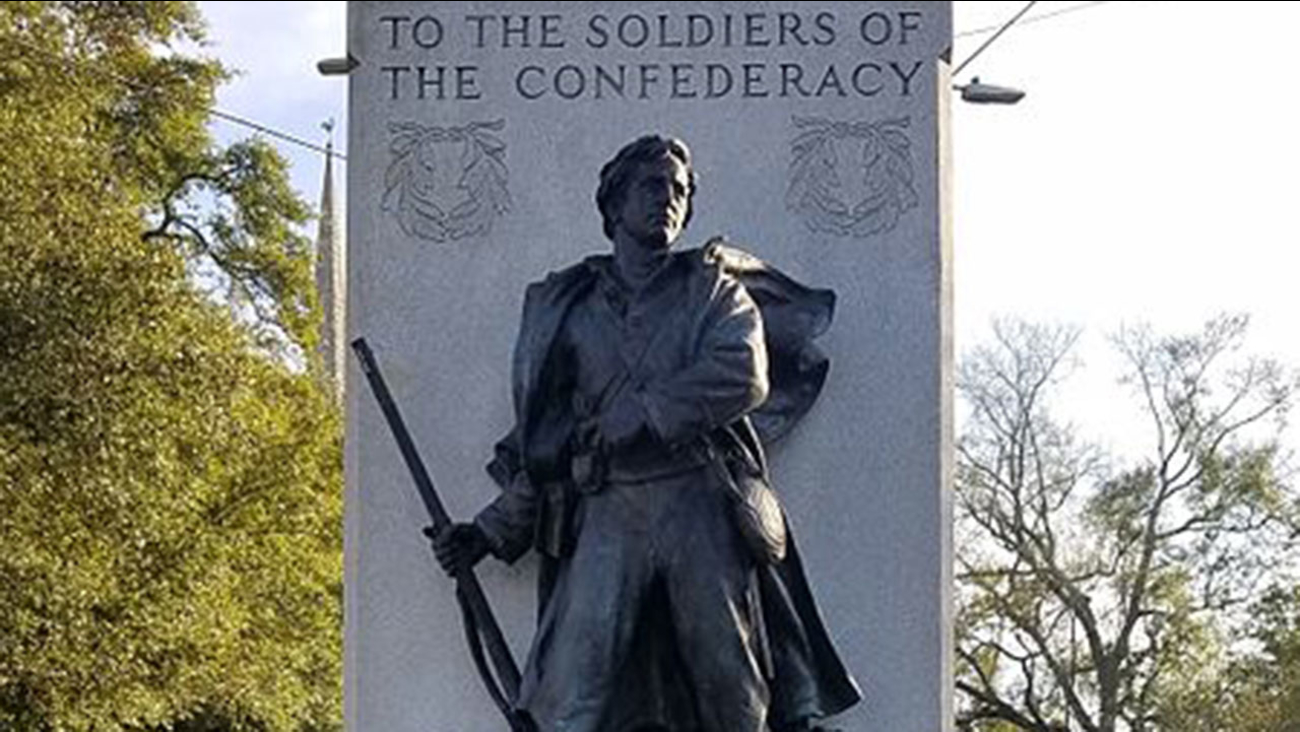 Since the flag was first put up Tuesday afternoon, it has been removed a few times. Bopes told WWAY that he continues to put it back up when it's taken down.
Report a correction or typo
Related topics:
wilmingtonconfederate flag
Copyright © 2021 WTVD-TV. All Rights Reserved.
TOP STORIES
WEATHER: Hot, humid day on tap with feels-like temps up to 103
Surviving combat to die at home: Soldier picking out his coffin at 35
Teen girl attacked by bear while sleeping in hammock
Waitress attacked after confronting group who didn't pay $70 bill: Police
Tornado touches down in Chicago suburb, destroying homes, trees
Claudette pulls away from North Carolina coast
High court sides with former athletes in dispute with NCAA
Show More
3 firefighters hurt while battling Chatham County fire
Amazon Prime Day sees Walmart, Target offering their own deals
LATEST: US COVID deaths dip below 300 a day
Wakefield HS grad wins $1.6M in Big Rock fishing tournament
3 injured in hot air balloon crash near Denver: Authorities
More TOP STORIES News